Amazon really racked up some big sales of the Kindle line of eReaders during the month of December. Amazon boasted that they moved a million Kindles each week during the month. You can bet that a bunch of them were the new $199 Fire tablets too. Selling a ton of your latest and greatest product is a great thing, assuming you are making a profit. 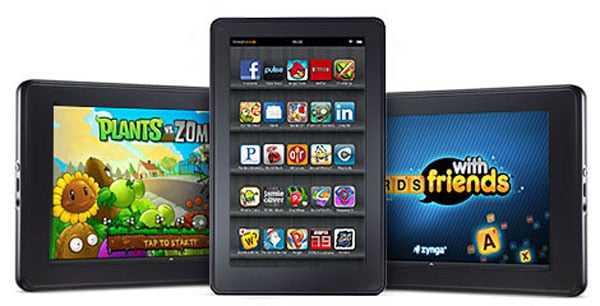 Each of the Kindle Fire tablets is sold at an estimated $3 loss. This is just one reason why some analysts are not smiling when they look at the end of Q4 for Amazon. In fact, one Goldman Sachs analyst is saying even with the brisk Kindle sales, Amazon won’t hit its revenue estimate for the quarter. And with each one eating into the bottom line, market fears are enough that Amazon’s stock price is seeing some volatility.

Amazon stock dropped 4% yesterday before recovering most of that loss by the close of the trading day. Overall sales for the quarter are still expected to have grown 38% over 2010, which is still pretty impressive. Amazon hopes that taking a loss on the tablet will spur sales of digital content to make up the hardware losses, which isn’t an uncommon business model for gadgets. Hopefully, this strategy will pay off in 2012 and beyond.