I think it’s kind of sad how a lot of people are becoming increasingly attached to their gadgets like smartphones and tablets. I mean, finding them to be useful is one thing. But feeling like you can’t last a day without them? That’s something else. 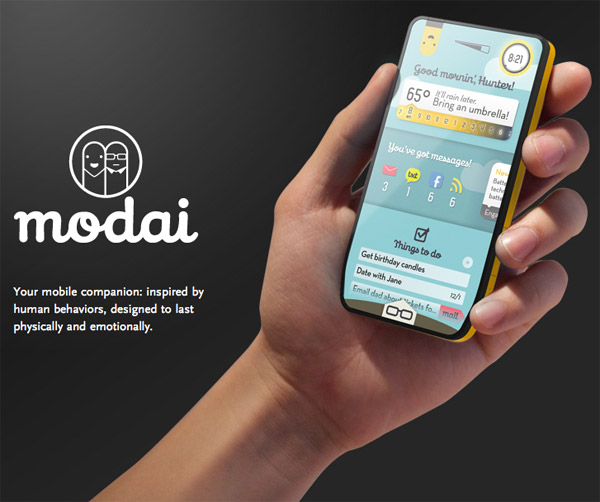 I mean, you’re supposed to feel that way about people and not objects. But designer Julius Tarng has this precisely in mind (the former and not the latter statement) with his Modai phone concept, which is supposed to further humanize smartphone technology. 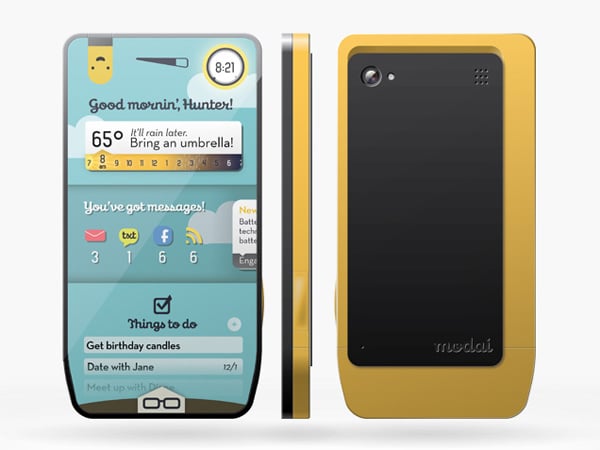 The Modai is a versatile mobile companion with a friendly looking UI that can switch between two modes: Fundai (social mode) and Prodai (work mode.) Content, messages, and files will be sorted into the two different screens, and switching between the two will be a breeze (or so, says Julius.) 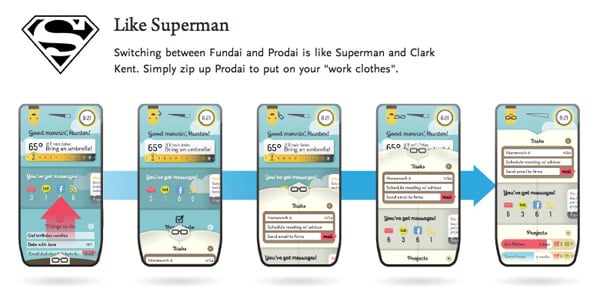 According to the designer, the Modai was inspired by human behavior and was designed to last, both physically and emotionally. (This is, however, the first time I’ve ever heard of a smartphone having emotions. Say what?) Modai is supposed to form a meaningful bond with its owner, making it less likely that its owner will dispose of the phone and upgrade within 18 months. Modai help form a bond by helping its owner through their day, and also reflecting its own “mood” using an avatar to represent things like battery status or volume.

The phone would even feature a built-in stand embedded with memory wire, which can be used to let the phone express itself through physical gestures. For instance, it would gradually rise up to wake you up in the morning. 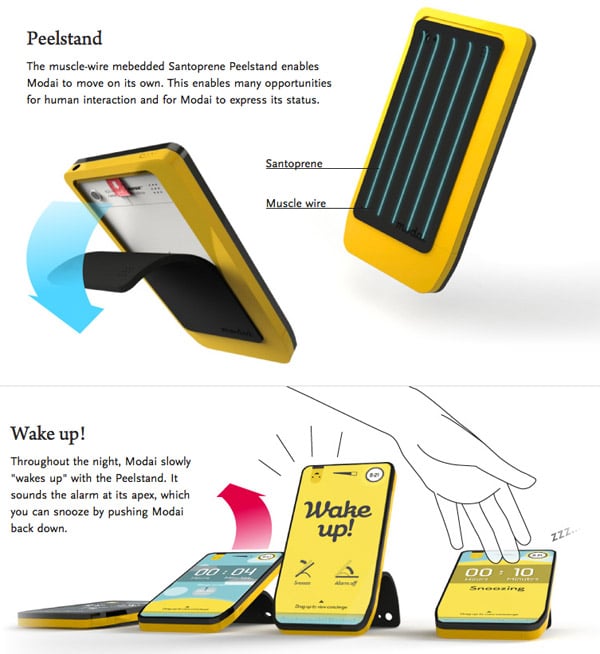 Assuming you do form a bond with your Modai and don’t want to ever let it go, you’d still be able to upgrade its technology, thanks to a modular design with replaceable internal components. 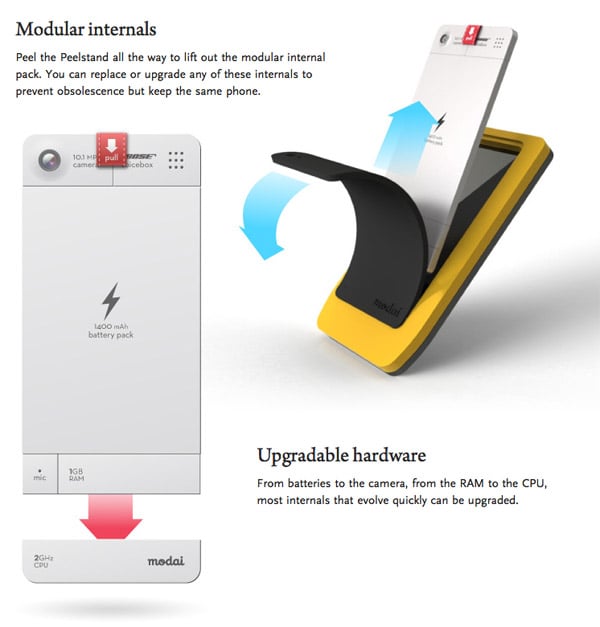 The Modai is just a concept for now, and while it’s got some elements that I believe will be pretty hard to achieve, it’s still an interesting design all the same.