Don’t tell your kids this, but for some reason, I always thought that smartphones looked sort of like something that would fit neatly into the slot of a toaster. Not that I’ve ever thought about trying to turn my iPhone into a Pop Tart, it’s just their size and shape seemed about right. Now, you can get a dock which actually looks like a toaster. 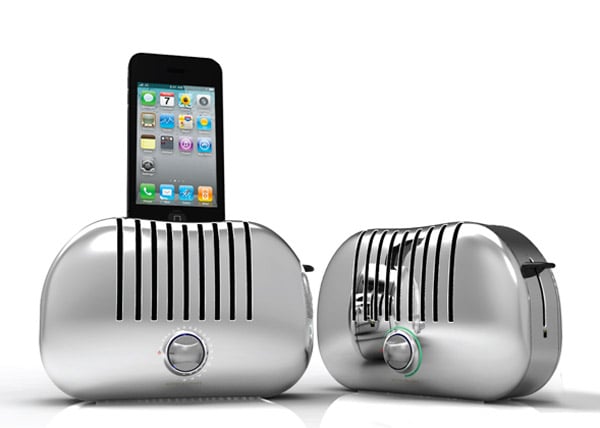 Gavio’s TOAST! speaker dock looks like one of those shiny metal toasters you might find in your kitchen. Just don’t expect to toast up any bread in this thing. For starters, it’s only got a single slot. It also doesn’t have a heating element – instead, it’s got a speaker and a 3 watt amplifier inside. It’s also got a built-in Li-Ion battery so you don’t even need to plug it in. 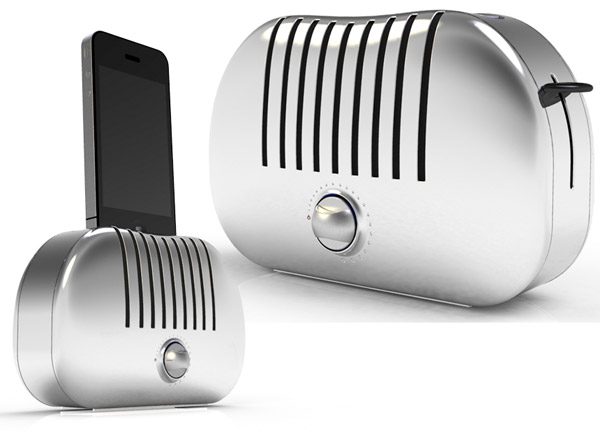 The dial on the front changes volume instead of the darkness of your toast, while I’m not sure what the toast plunger does. I’m hoping that it changes tracks, and doesn’t just sit there looking cool. All I know is that is should have a bagel mode for cramming in older, thicker phones.

Gavio hasn’t announced the pricing or release date yet for the TOAST! dock, but I’m hoping we’ll see it pop up sometime early in 2012.