CODEX LED Watch Is About as Cryptic as They Come… or Is It?

If you’re looking for a watch that looks cool, and is almost impossible for anyone but you to figure out, you might want to check out the CODEX watch concept, which tells time using a unique display that seems almost incomprehensible – until you understand the trick.

At first glance you’ll look at the LED display on the CODEX and say “WTF time is it?” But once you understand how it works, it’s actually not that hard to read, and you can actually tell time at a glance. 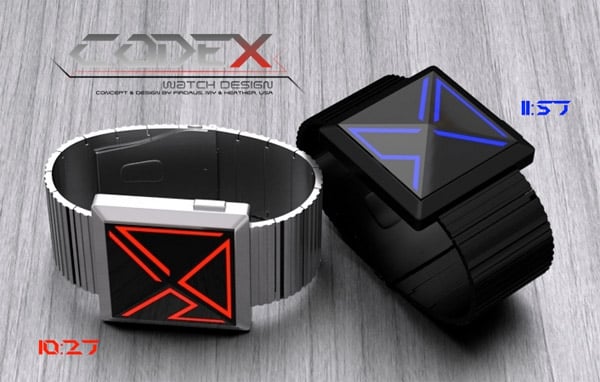 Initially, you’ll just see a bunch of diagonal lines, but look closer, and you’ll realize that each triangular section of the watch’s pyramid-shaped face simply represents a number. When wearing the watch, the top and bottom sections represent hours, and the left and right sections represent minutes. Each number is just shown in a funky angular typeface, which is adjusted to the appropriate angle to fit into each section of the watch face. Look again. Make sense now? 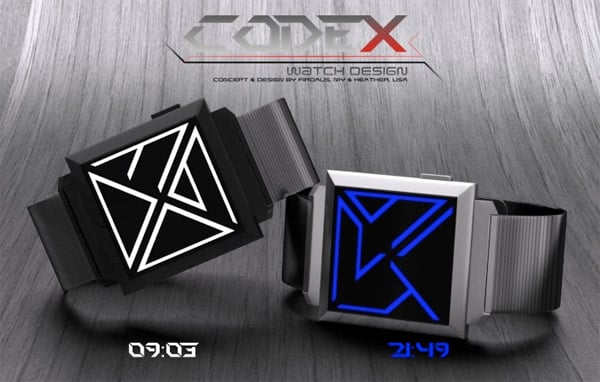 Here’s a chart that explains what each digit looks like in its various rotated states. They kind of look like some sort of weird characters you’d see on the controls of an alien spacecraft, but once you understand what they are, they actually are pretty straightforward. 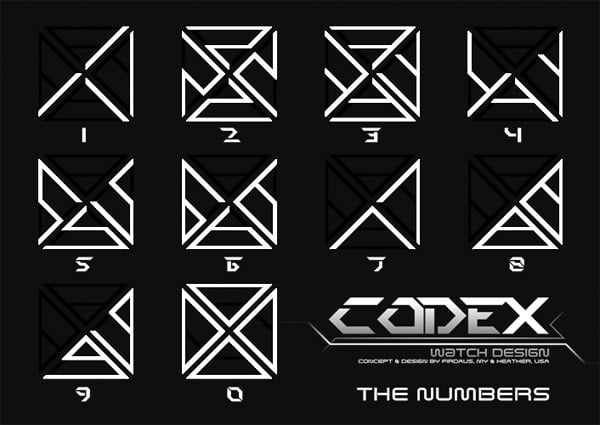 The CODEX watch was a collaborative design by a guy going by the name of Firdaus in Malaysia, and Heather Sable here in the US, and is currently up for voting over on the TokyoFlash design blog. If you’d like to see it produced, head on over and show your support. 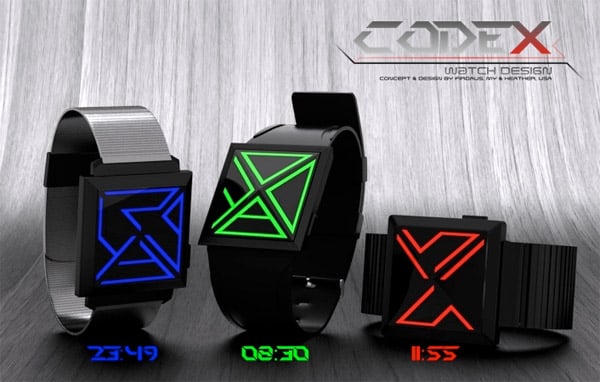