Facebook Fbed: Social Networking Without Ever Leaving Your Bed

A lot of people are addicted to social networking these days. They log on to their Facebook profiles on their office computers, go home and network some more on their laptops, and check their profiles one last time before going to bed on their tablets or smartphones. 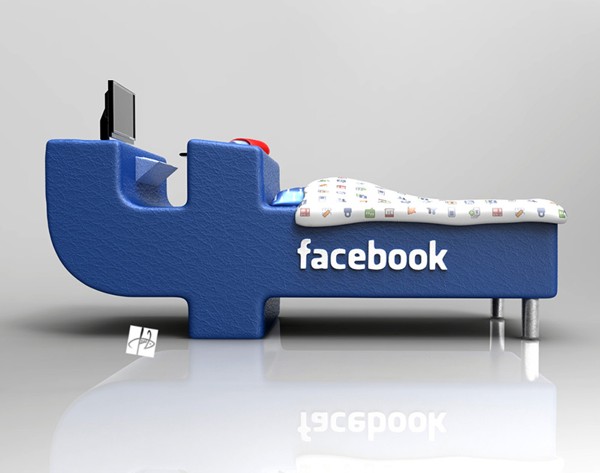 So for each and every person addicted to Facebook and viewing the profiles of other people, there’s the Fbed. Or at least the concept of it.

The Fbed was thought up by Croatian designer Tomislav Zvonarić of DevianTom. When you look at it from the side (or from the front, based on your perspective, really), you will notice that it’s shaped like Facebook’s famous “f.” 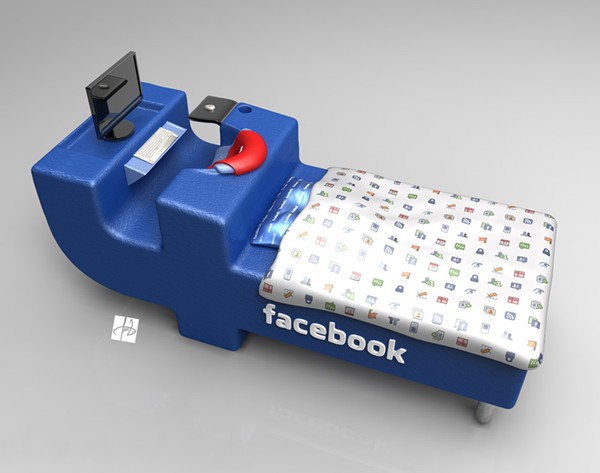 It’s basically just like any bed, except instead of a headboard, there’s sort of a mini-workstation. Just plug in your computer, hop into the seat, and start networking away. Of course, this could also be a bed for workaholics, although I doubt they’ll want it shaped like a horizontal “f.”

According to Tomislav, the Fbed is a “conceptual multipractical bed design that would allow you always to be up to date and close to your online friends even when you sleep. The idea is that you may hop in front of your screen directly from your bed when you wake up, and (the) inverse when you get tired and want to go sleep…”

[via The Design Home]