I have gone through several job interviews over the years. When I worked in the medical field and could kill someone with the wrong button press, all they wanted to know was that my license was good and I would show up for the night shift. When I took the job here, all Technabob wanted to know was if I’d post the required number daily; he still doesn’t know I skipped English class more than I went. (I do now – Ed.)

Glassdoor.com’s annual list of the strangest questions asked in job interviews this year is in, and tech firms are featured a lot with some strange questions. Do you think you could answer these? 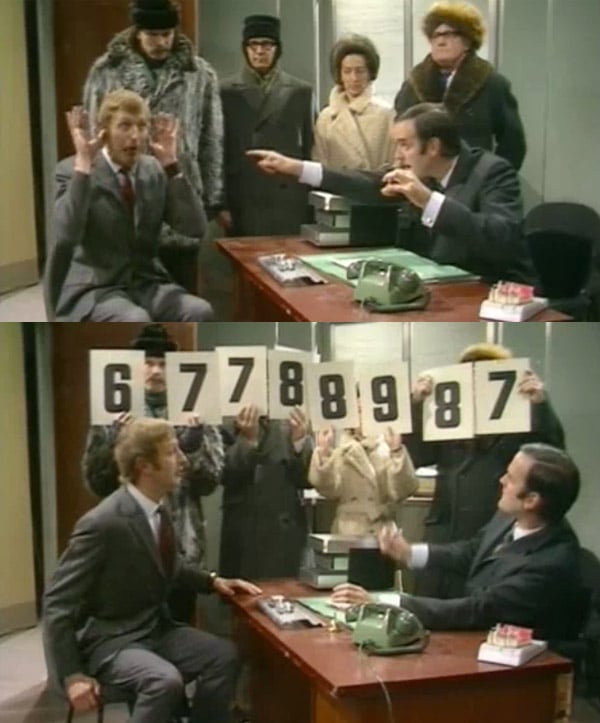 My personal favorite is one said to be from a Google interviewer who asked “A man pushed his car to a hotel and lost his fortune. What happened?” This question sounds like something plausible if you forget to fill up in Vegas. Here are some other winners…

“How many people are using Facebook in San Francisco at 2:30 p.m. on a Friday?” — Asked at Google, Vendor Relations Manager candidate

“If Germans were the tallest people in the world, how would you prove it?” — Asked at Hewlett-Packard, Product Marketing Manager candidate

“Given 20 ‘destructible’ light bulbs (which break at a certain height), and a building with 100 floors, how do you determine the height that the light bulbs break?” — Asked at Qualcomm, Engineering candidate

“How would you cure world hunger?” — Asked at Amazon.com, Software Developer candidate

“You’re in a row boat, which is in a large tank filled with water. You have an anchor on board, which you throw overboard (the chain is long enough so the anchor rests completely on the bottom of the tank). Does the water level in the tank rise or fall?” — Asked at Tesla Motors, Mechanical Engineer candidate

“How do you feel about those jokers at Congress?” — Asked at Consolidated Electrical, Management Trainee candidate

“If you were a Microsoft Office program, which one would you be?” — Asked at Summit Racing Equipment, E-commerce candidate

I guess the idea is to get the potential hires to think out of the box and see how they react to the strange and unexpected. I’ll paste in some of the questions from other tech firms below for you to answer in the comments.