It probably stays pretty cool in the Batcave, but just in case your dwelling isn’t so dark and climate controlled, check out this cool Batman ceiling fan. It’s probably the only Batman fan that hasn’t been talking about the new movie. 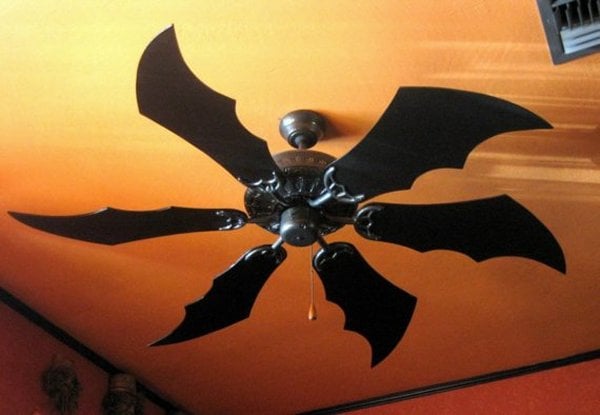 These Batman replacement fan blades are made from 1/4 inch Birch ply and will fit 52″ Fans. They’re offered in sets of 4, 5 or 6 blades, are supposed to move the air just as well as standard blades. Unfortunately they’re currently sold out, but it is so cool that I had to share it. And besides, maybe if you pester the seller enough, TheAtomicLounge on Etsy, they will make another set for you.

You buy them, then have your butler install and clean them. That’s how it works. You have crime to fight after all.