The fastest train that I’ve been in is Taiwan’s High Speed Rail and it went about 190 mph. That’s pretty fast for a land-based vehicle if you ask me. You can basically get from one end of the island to the other in about 90 minutes. Now, China is testing a 310-mph super-train. I guess since China is so big, they need a way to get across vast distances quickly. 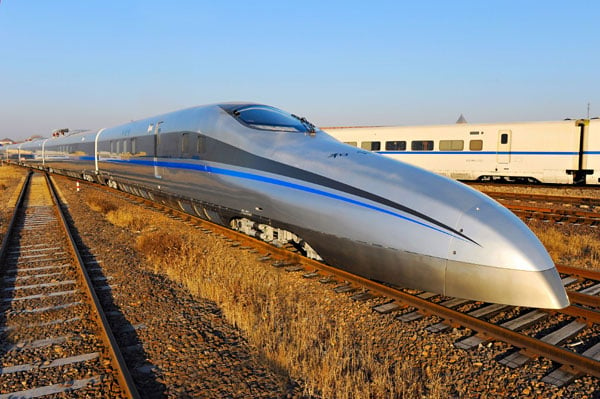 This is a high-speed rail train, so it’s not a MagLev train. This is good because this train will probably be operational soon, since it doesn’t require the costly and time-consuming buildout of MagLev tracks. Based on CSR’s CRH 380A, this train has been streamlined, uses lighter materials, and uses a lot more power in order to get over 300 mph. The standard CRH380 has a maximum drawing power of 9600 kilowatts, while this souped-up version can draw as much as 22,800 kilowatts. 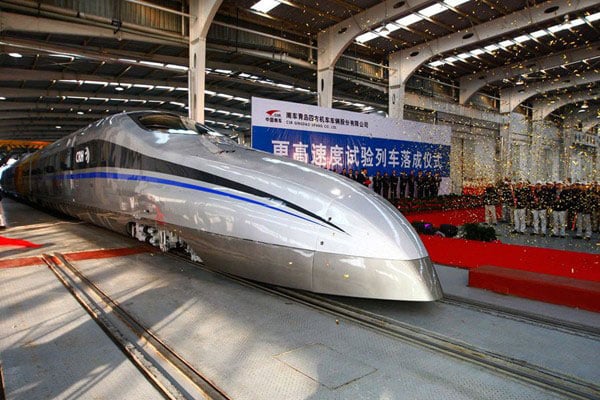 There are several other competing high-speed trains being built, but since this train is basically a refinement of an existing platform, it might be produced a lot faster. 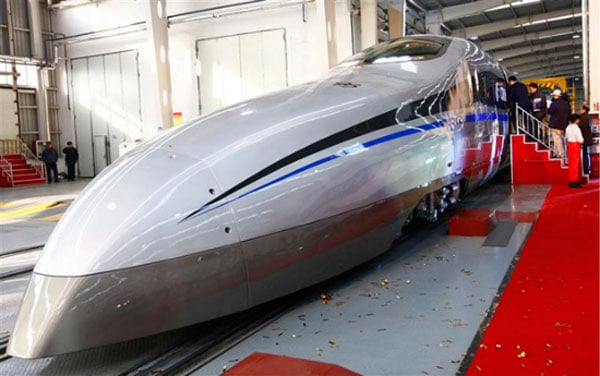