This has to be the coolest use of toy soldiers that I’ve ever seen. Have you got a few tins full of toy soldiers somewhere your garage? Check out what one artist decided to do with a bunch of those little plastic fighters. 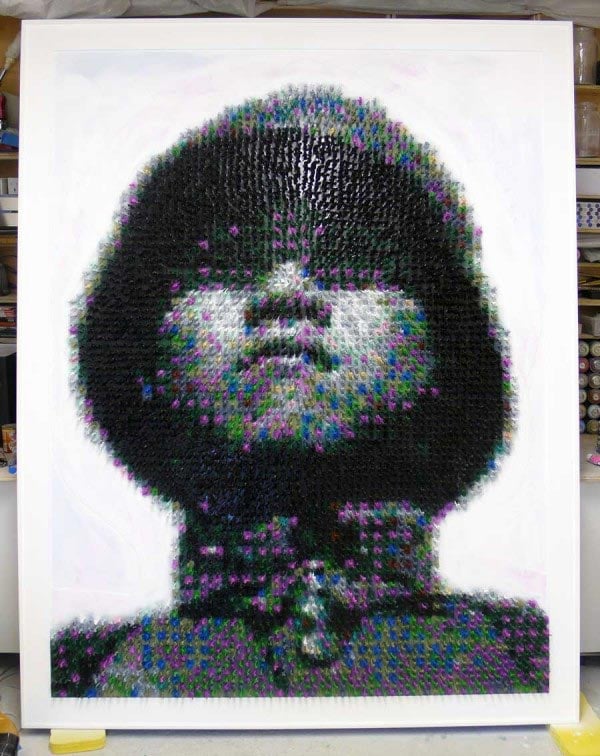 This awesome piece of art was created by Joe Black using over 5,500 toy soldiers, carefully positioned to form a large image. The pointillist image is called Made in China and it’s a portrait depicting a Chinese soldier that was originally taken by photographer Robert Capa and appeared on the cover of LIFE Magazine in 1938. 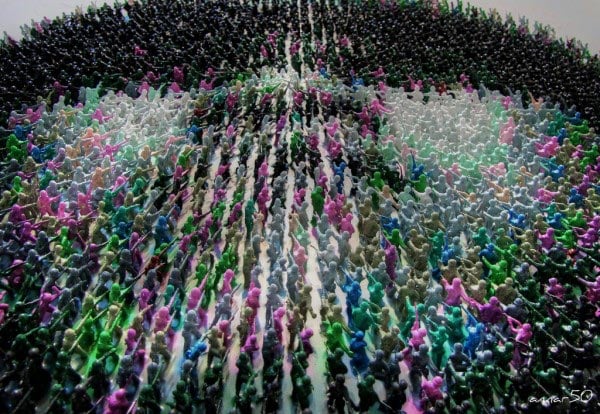 Each of the toy soldiers was glued on, then hit with spray paint to complete the image. It’s quite an amazing piece of art, which uses toys to make a statement about war. 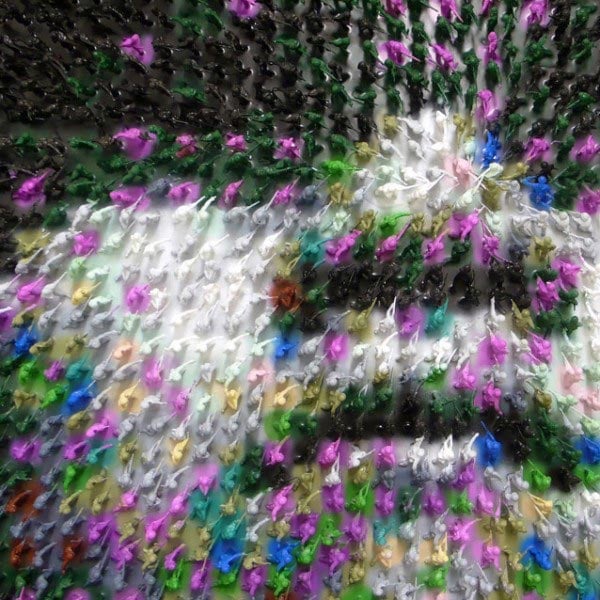 Made in China was most recently on display last October at the Moniker Art Fair in London. Hopefully, it’ll make the rounds again so we can see it up close and in person. 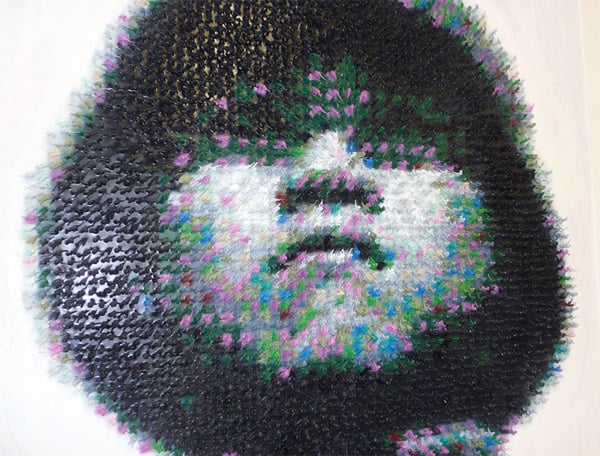 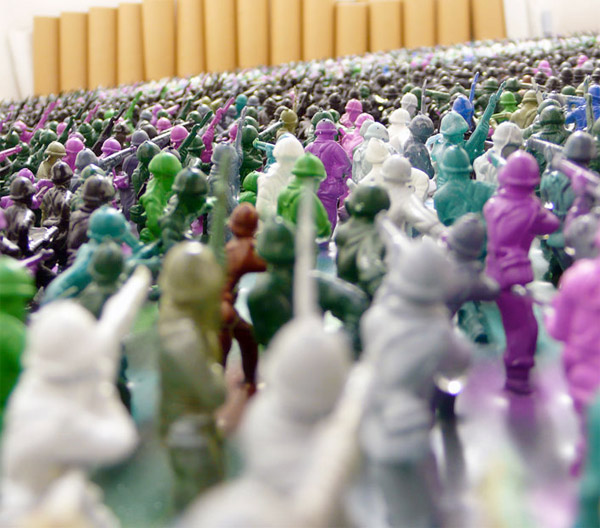