While I definitely recall the part of Portal 2 where Wheatley takes over Aperture Laboratories, I don’t actually remember the part where he builds a giant Death Star version of himself. Perhaps that’s coming in Portal 3? 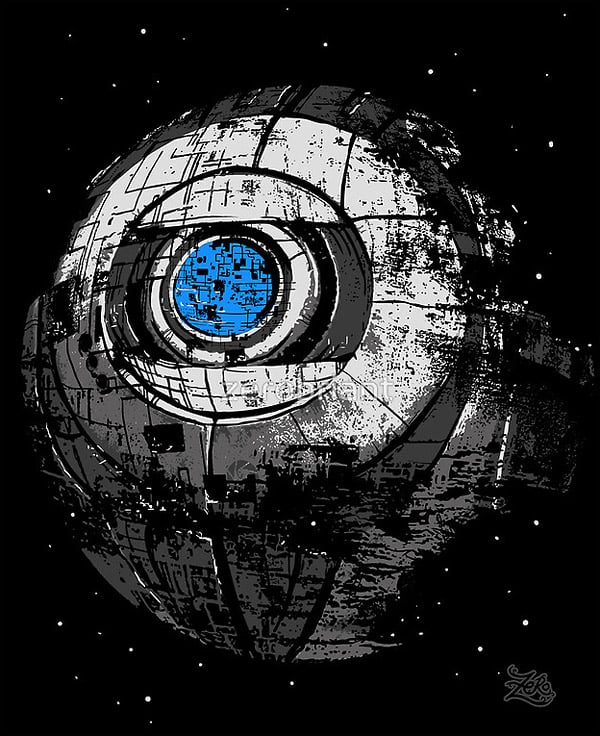 For now, you can imagine what that might look like, courtesy of this Death Portal mashup t-shirt from designer Zerobriant. I can only imagine that between Wheatley’s massive ego and tiny brain, his eyeball is probably the weak spot of Death Star #3, and Chell could blow the whole thing up with a single blast from her trusty handheld portal device. And instead of being powered by hypermatter, this Death Star runs on potato energy. 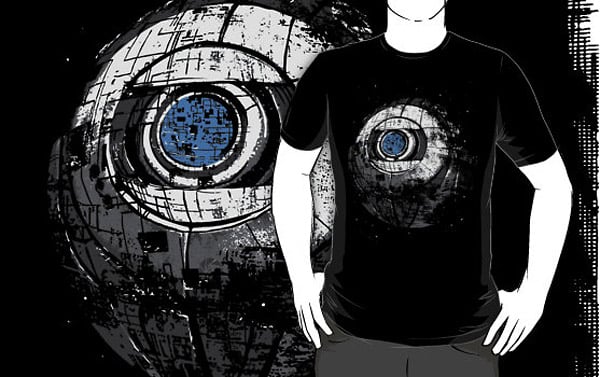 About the only thing wrong with this great geek mashup is the price. I have a hard time paying $30 bucks for any t-shirt, even if it does combine two of my favorite pastimes. Fortunately, you can also grab it as a postcard or a print for a bit less. I’m betting that Cave Johnson is responsible for the pricing.