Shogun Bros. has just announced a new version of their Chameleon X-1 Mouse. One that is Assassins Creed Revelations themed. It’s probably one of the coolest looking mice I’ve ever seen, despite the fact that it resembles some kind of trendy sneaker. Hell, it looks like it is fully dressed like a character in the game. 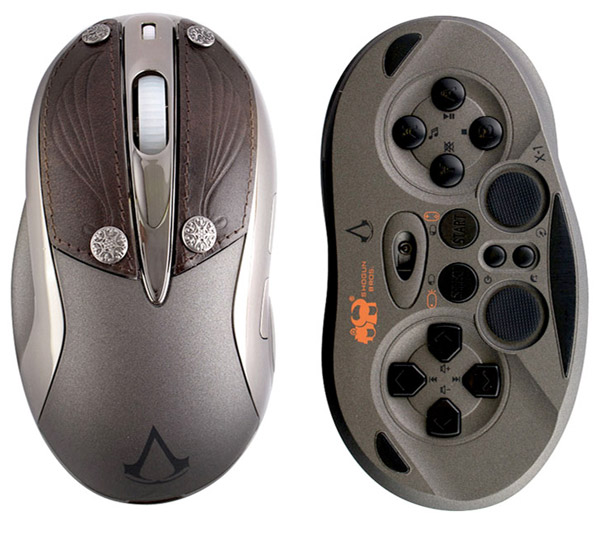 This Chameleon X-1 Mouse will be available in two different colors, ‘Altair white’ and ‘Ezio grey’. You see what they did there? Very clever. It features antique decorated leather on the mouse buttons and the same specs as the original mouse, including a hidden gamepad on the bottom, 16 buttons and a 1600 dpi optical sensor. 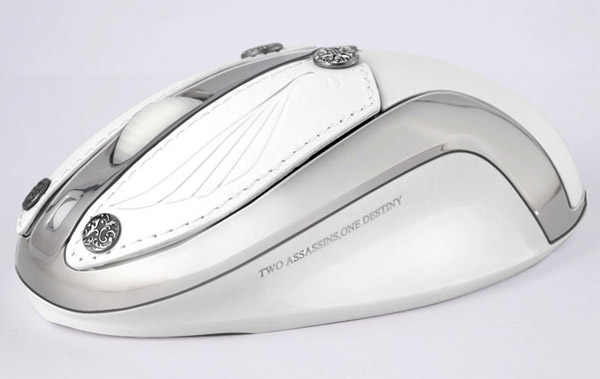 Assassins Creed fans will be happy to know that this mouse will be officially launched at CES 2012 later this month.