Technology is great when it works, but when things go wrong, it can really piss people off. Think back to the Y2K issues that had some software malfunctioning due to the new millennium – it actually spawned an entire industry to test and prevent major issues from happening on 1/1/2000 – and for the most part it was a non-event. This past weekend, when one Marriott hotel in Denver was readying to ring in the new year, things went very wrong for all the hotel’s guests. 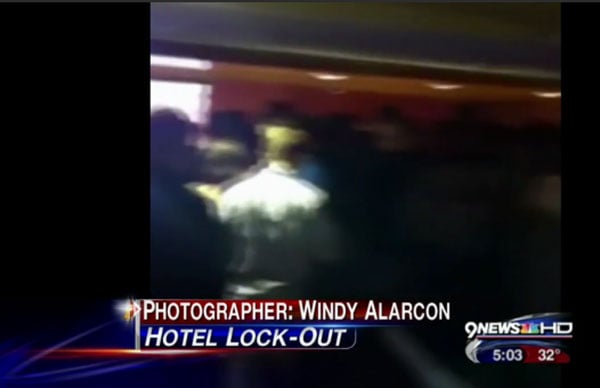 The problem was that when people tried to get into their rooms, they found the keys no longer worked. Huge crowds of people lingered in the lobby and halls since they had nowhere to go. The hotel elevators were also locked out. The police even had to be called as some fights broke out in the hotel. When it was all over, guests were locked out for about four hours. The lockout didn’t end until about 3am, and people were given free rooms as a thank you for not destroying the hotel.

Strangely enough, the problem started at about 11pm, so it’s not clear if the cutover to 2012 was responsible for the failure, since the system clock would have had to have been on Central time for that to have had an impact.