Porsche 996 TV Entertainment Center, for Those Who Want a Third of a Porsche

Looks like Carlsen has done it again. He has crashed his Porsche into his living room wall. May as well use the thing as an entertainment center now. Well, at least this butt end of a 2005 Porsche 996 will hold a 42″ flat panel TV. 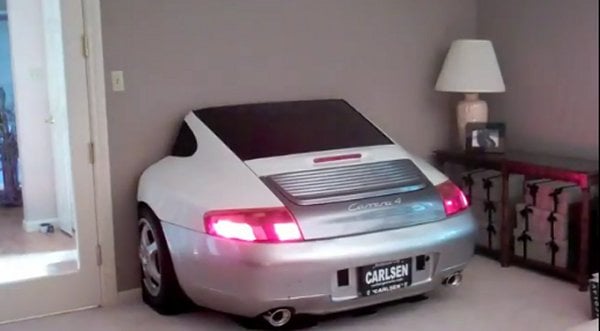 Let’s face it, wives and girlfriends won’t like this a bit, so you either get it and she goes, or this just goes in your man cave, which is really the best place for it.

You choose the color and this entire rear end of a Porsche is hand-built, with 100% original parts. Also available are other cars, like this 1959 Cadillac Coupe de Ville, which holds a 52″ Sony LCD. It’s neat and all, but it would be cool if you could get the front end too, and create a nice Portal effect in your home, but that’s just me.

[via Autoblog via Dvice]