Looks like Samsung has a couple of new display lines in the works, to be sold under the “Echo P” and “X Series” product line names. I just spotted these on the Wi-Fi Alliance certification list. 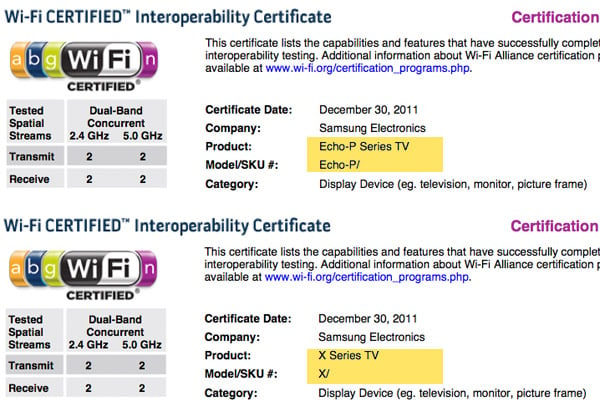 Other than the fact that the displays will support 802.11 b/g/n, dual-band Wi-Fi, and WMM multimedia standards, there really isn’t any additional info available yet. Both series were certified by the Wi-Fi Alliance on December 30, 2011, so I can only imagine that these are some of the displays we’ll see at next week’s CES show. 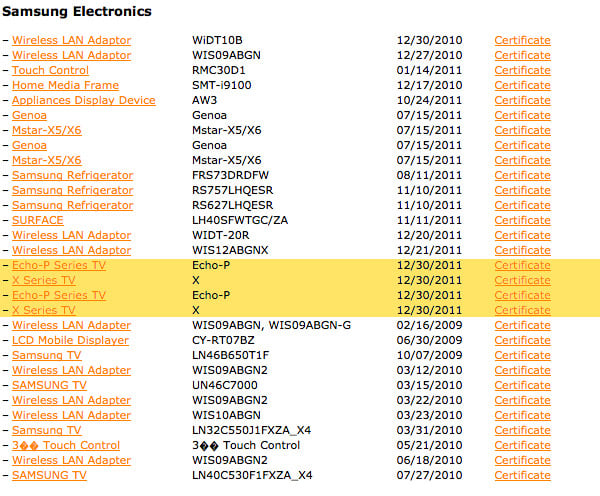 While the “X Series” moniker doesn’t sound like anything too mysterious, my curiosity is definitely piqued by the “Echo-P” name. Any guesses as to what might be special about those displays?