How many times in your life will you have the opportunity to buy an entire set of life-size robots to take over your home? Well, if you happen to have $54,900 (USD) lying around gathering dust, now is your chance. 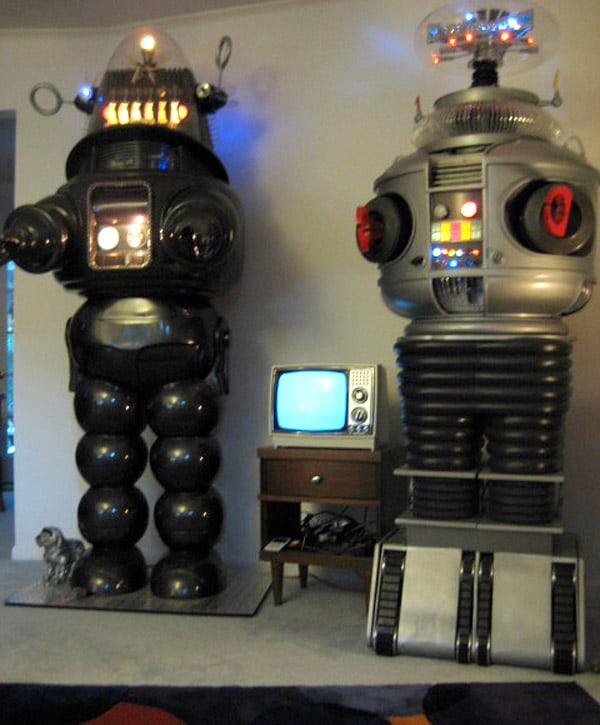 Robot builder Florida Robot built all but one of these robots, which include C-3PO, R2-D2, B9 from Lost in Space, Bender and a couple of others. Robby the Robot was already built by Fred Barton, but he modified it in order to “motorize and computerize some of his systems.” Apparently in need of some extra space in his house, these robot’s creator has put the entire robo-menagerie up for sale on eBay.

As you can see in the video above, both Robby and B9 light up in sync with audio tracks from a classic episode of Lost in Space, called “War of the Robots.” C-3PO, on the other hand, seems a bit more dignified. He’s got an awesome shiny vacu-metallized finish, and his eyes LED light up when someone approaches. Despite the fact that he’s supposed to be fluent in over 6 million languages, this 3PO isn’t talking, though. 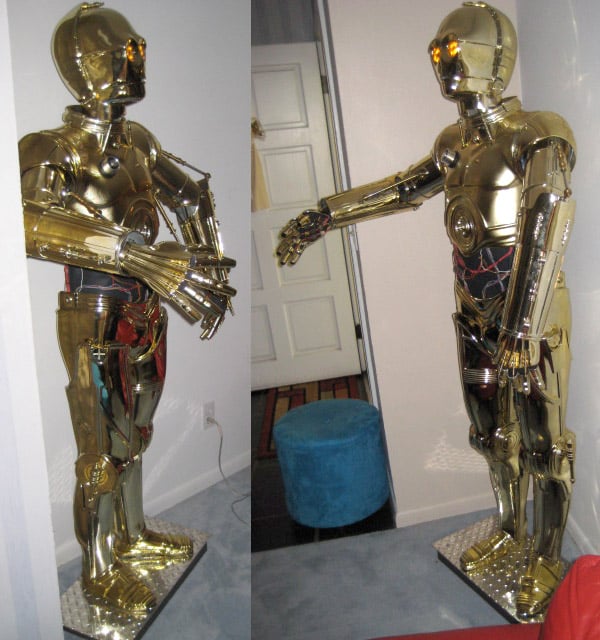 And if that’s not the only droid you’re looking for, R2 is up for sale too. 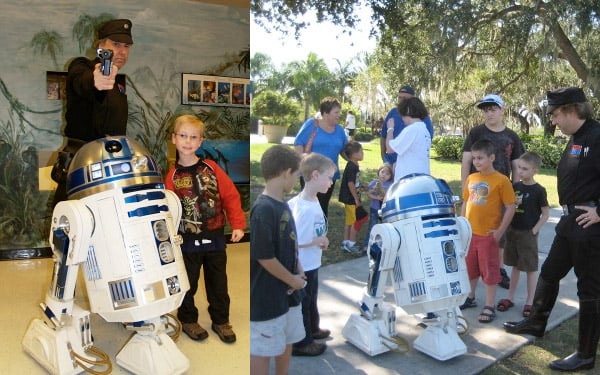 He’s completely motorized, and can be driven remotely. His dome turns, his lights work, and he even makes all sorts of appropriately droidly sounds.

Now Bender, on the other hand. He seems too busy smoking and drinking to utter a word or even move. Still, he looks pretty cool just lazing around – though you might want to keep an eye on your valuables. 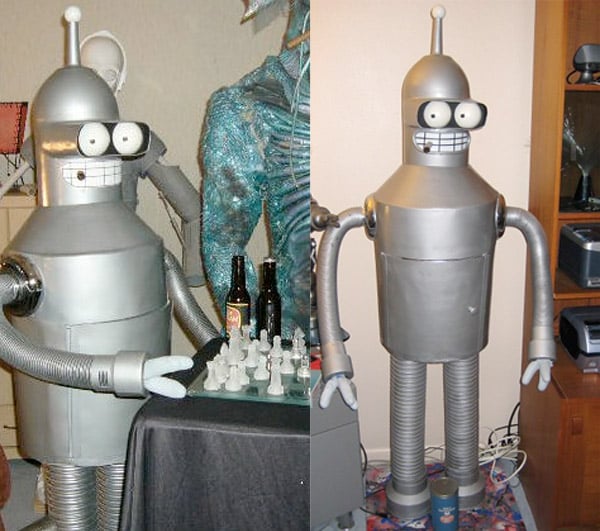 Last but not least in this awesome robo-collection are these boxy ‘bots who are inspired by an image on a 1958 issue of Fantastic Universe magazine, featuring a pair of robots sitting on a bench, waiting for the bus to come. 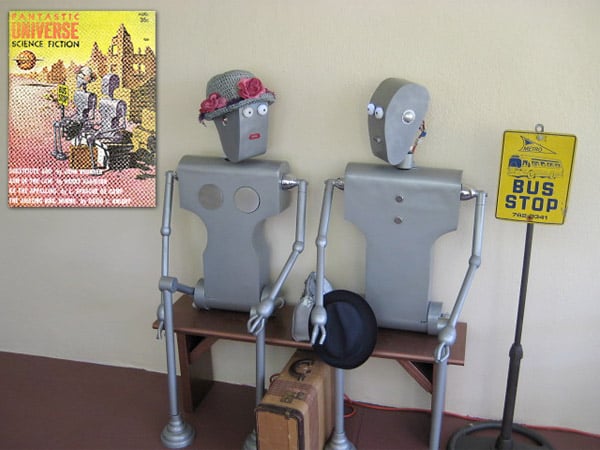 They’re also mechanical, and their heads move back and forth and eyes blink when a motion sensor detects someone approaching. They’re also completely charming.

Wow. I am so not adding that song to iTunes. That’s what you get when you let robots sing, I suppose. That and Mr. Roboto. I think all robot videos should actually be set to ELO’s Mr. Blue Sky.

But I digress. If you’re ready to adopt this lovingly-built family of robots (or you’re readying your own robot theme park), head on over to eBay and check out the auction now. The seller says that local pickup is available in Clearwater, Florida, and I can’t imagine how you’d ship these.