Swann Unveils New RC Helicopters with Camera on Board

I have spent my share of time flying around the Swann original quad copters, and they are a ton of fun. The little helicopters are made for flying indoors and are small enough that you can have fun even in a small apartment. Swann has announced a new line of toy helicopters with two that have cameras on board, and one that has the ability to be controlled from an iOS device. 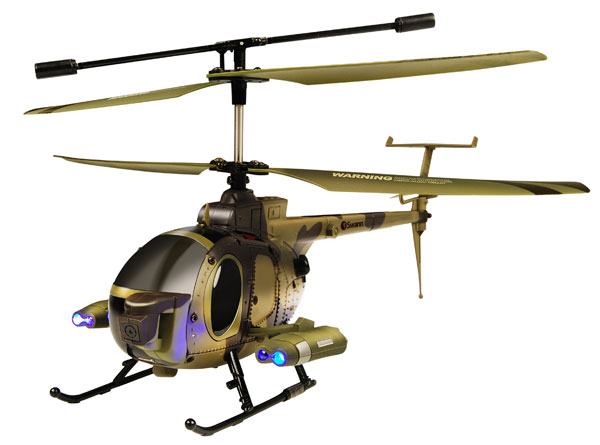 The i-Fly Micro Lightning helicopter comes with an IR remote adapter that you can plug into your iOS device to control the copter using the iFly iOS app. It has eight minutes of flight per charge and can be controlled with up/down, left/right, and front/back movements. It can also be controlled using an included infrared remote. The i-Fly copter sells for $69.99 (USD).

The Sky Eye and the Black Swann both use 27MHz RF tech and are good for 110-feet of range. They have integrated cameras that can shoot video and still shots with a button press as well. The Black Swann has a microSD card slot for expanded storage and the Sky Eye has 512MB of internal storage. Each camera copter sells for $99.99, and should be available in stores soon.