Own Your Own WORKING Terminator Arm

We were just saying how you might be able to output your own robotic limbs using 3D printing, but if that’s too advanced for you, why not buy yourself an already fully-functional Terminator arm instead. 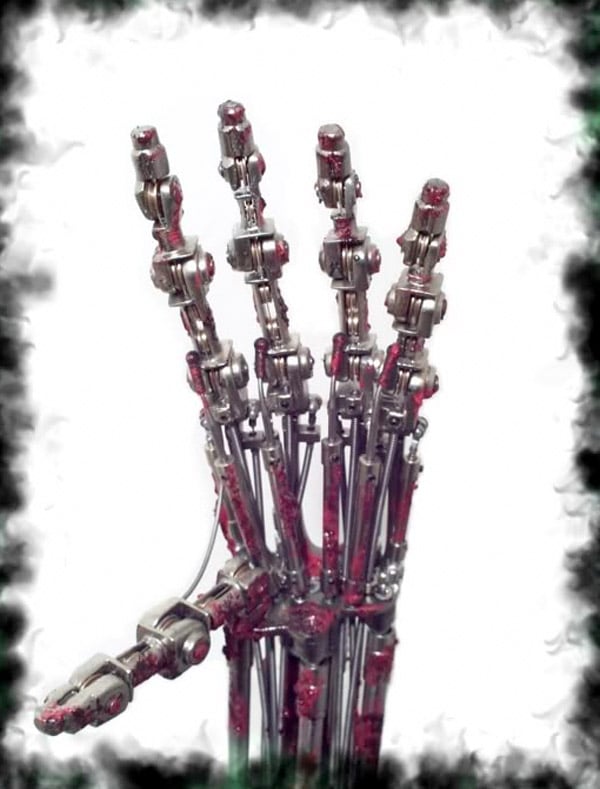 Yes, you heard me right. This awesome prop, created by special effect artist Robert Haiduga of Nephalim XFX is based on the T-800’s endoskeleton arm in Terminator 2, and it actually moves. This is a custom-built animatronic arm, and each joint moves thanks to a total of 12 servos. Movements are programmed on a PC and stored on an SD card. It even comes with sound effects to make it more authentic. 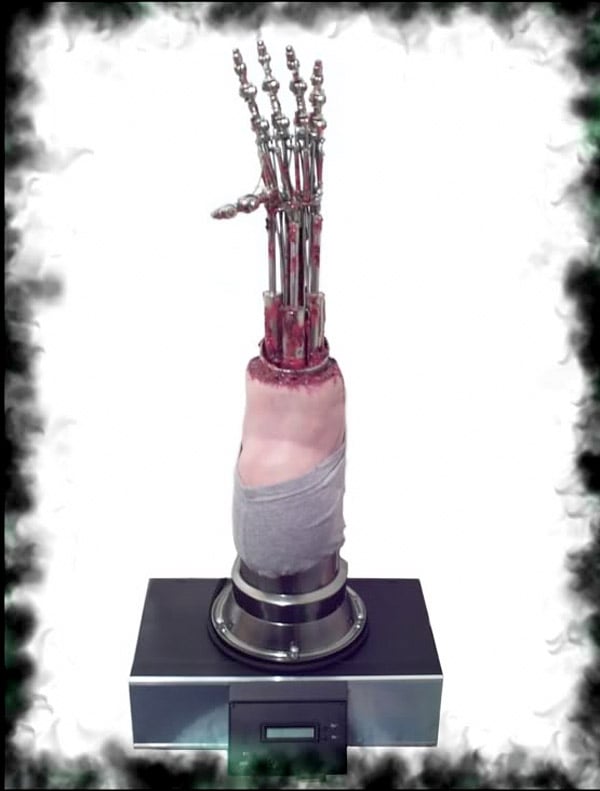 Including its base, the arm measures about 43 inches long, and appears to be made using metal components to really make it look like a robot. Each finger can move individually, and the wrist and entire arm can rotate as well. In action, it’s sufficiently freaky to induce nightmares. But enough talking, it’s time for showing. Here’s a video showing one of Nephalim’s Terminator arms in action:

Pretty awesome, no? So why aren’t there 1000 people lined up to buy one? Well, since each arm takes many, many hours to build, they’re not cheap. You’ll need to pony up $3600 (USD) if you want your very own Terminator arm. And then on top of that, you’ll need to spend millions on a security system to keep Skynet from stealing it.