France Getting Star Wars Burgers: Taste the Dark Side of the Bun

I can’t keep track of how many releases and re-releases the Star Wars movies have seen since 1977, but the latest takes the burger. Lucky folks in France will be getting a special treat along with the less than appetizing re-release of The Phantom Menace in 3D. 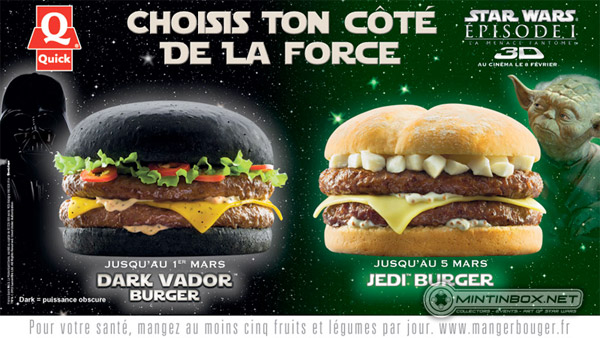 To celebrate, a French fast food chain named Quick is offering two versions of themed burgers. You can get the Darth Vader burger on a black bun, (I don’t even wanna know how they made it black) and the Jedi burger, which is your typical brown bun that matches Jedi robes. They’ll also be offering a Darth Maul inspired “Dark Burger”, but that really should have a red bun, shouldn’t it? 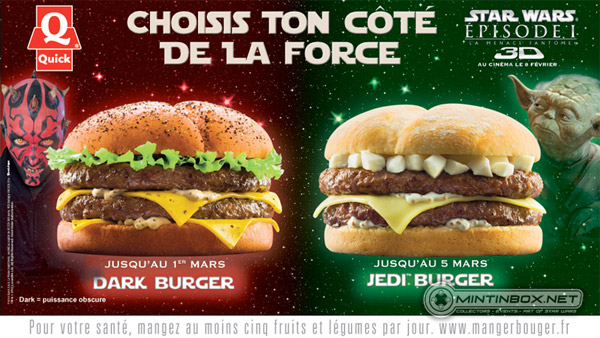 So if you find yourself in Paris, forget their fancy shmancy gourmet food. Eat like an American and get yourself the usual grub, just Star Wars themed. If anyone eats that Vader burger, let us know about any unusual symptoms you might experience. I’m not trusting the dying process. Could be worse though, the Yoda burger might be moldy as to mimic Dagobah.