Cameras in vehicles have started to catch on in parts of the world as a way of documenting traffic accidents. While this particular camera is designed for just that purpose, I could see it being used to stitch together some other interesting video content as well. 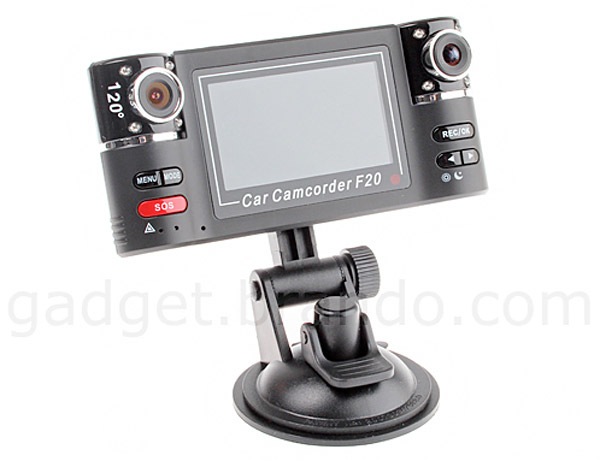 Instead of just a single camera that captures traffic in front of you, this portable device has a pair of swiveling digital cameras which can capture images in front and behind you. Or to your left and to your right, or just about any other combination of angles. Each camera can rotate a full 180 degrees.

If you do chose to use it in your car, it has a handy “SOS” button, which automatically makes sure that video from 10 seconds before and after an accident will be saved to memory. A G-force sensor also does the same in the event that it detects a crash. 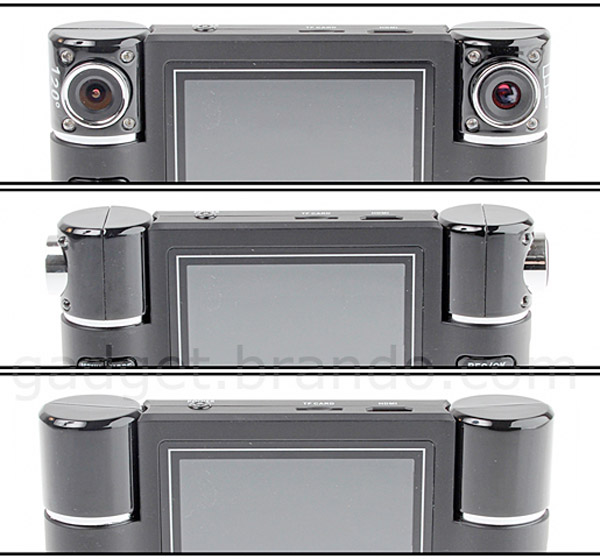 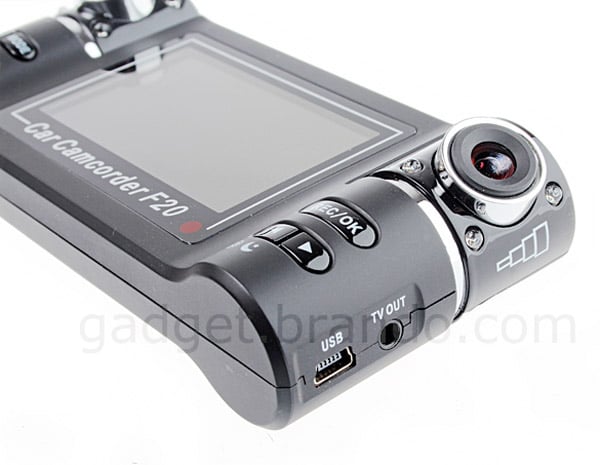 One other nifty feature is a set of four infrared LEDs around each lens, so you can use it to capture in the dark too. It’s even got a mini-HDMI output so you can view content on a big screen too. At least they’re nice enough to include the mini-HDMI to HDMI adapter in the box. 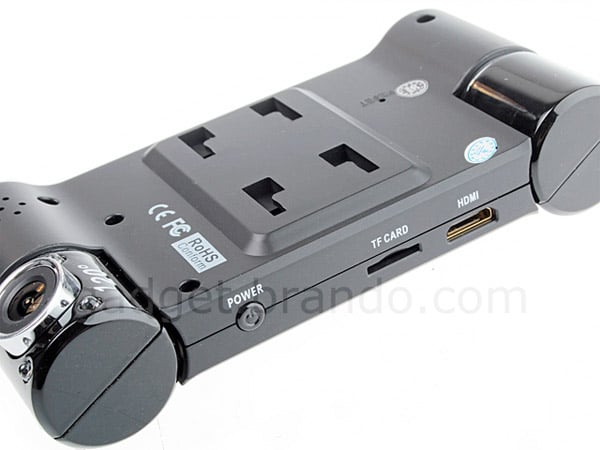 Content is stored onto an SDHC card (not included), and can also be output to your computer via the USB port. The Dual Camera DVR also comes with a suction cup mount for use on your windshield or other smooth surface. While it’s designed to run using you car’s 12V cigarette charger, it has a built-in rechargeable battery. It also comes with a remote control, so you can activate recording remotely.

One thing to keep in mind if you are planning on using this thing for more artistic endeavors. One camera captures a 120 degree wide angle field, while the other captures a more telephoto image, as is shown in the video sample below:

If it wasn’t obvious enough from the watermarks on the images, the Dual Camera DVR is available from Brando, where it sells for $116 (USD).