I was a pretty ignorant kid back when I was growing up, and thought that hearing aids functioned pretty much like earphones. So you could just imagine the look on my father’s face when I told him that I wanted hearing aids for Christmas. Long story short, I did end up getting my earphones. 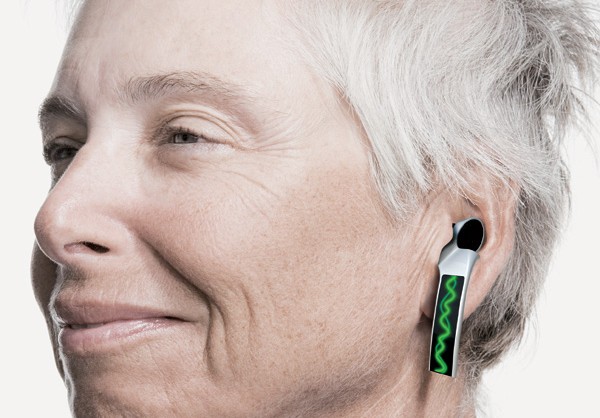 If you’ve seen some of the hearing aids on the market, you’ll notice that most of them look plain and all business-like – just like medical stuff is supposed to. But I think something like the SoundsGood concept design for a fashionable-looking, yet multi-functional hearing aid is pretty cool.

As you can see, the SoundsGood was made to look like an earring with a narrow display in the part that dangles. Aside from adding to the overall aesthetics of the hearing aid, the display also lets whoever is speaking to you know if you’re talking too softly, talking too fast, or talking too loud by detecting the pitch of the speaker’s voice. The harmonious-looking blue and green waves are displayed if the person is speaking to you just right. 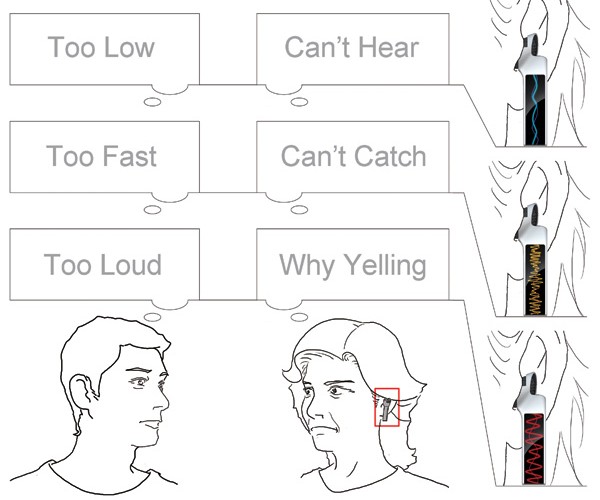 The SoundsGood was designed by Tang Peiqi and is a winning entry in the 2011 reddot design concept awards.