If you’re like me, you probably drag your iPad or tablet around pretty much everywhere you go. That includes the kitchen (and the bathroom.) The Steelie Mobile Device Holder looks like a perfect way of checking on recipes while you’re making your next gourmet dinner. 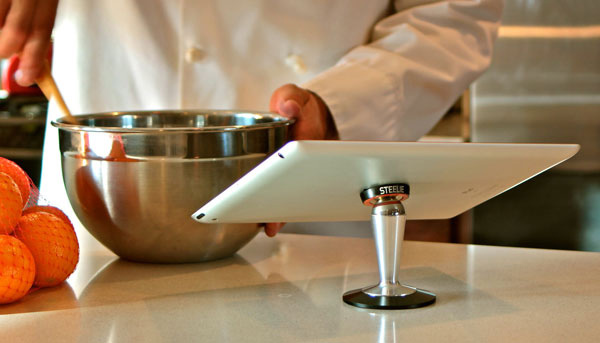 Steelie was crated by Frank Vogel and Paul Turner. The great thing about Steelie is that it allows you to easily tilt your tablet to just the right angle. It basically reminds me of one of those cook book stands. It has a magnetic socket, which attaches to the back of your tablet, and snaps easily onto the tabletop ball head stand. 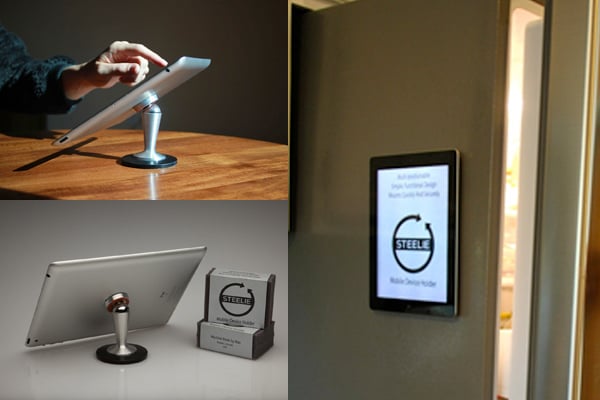 You can also use the magnet to attach your tablet to any steel or other magnet-compatible surface, including many refrigerators.

They also make a smaller version for smartphones, which look like would work well for dashboards or desktop surfaces. 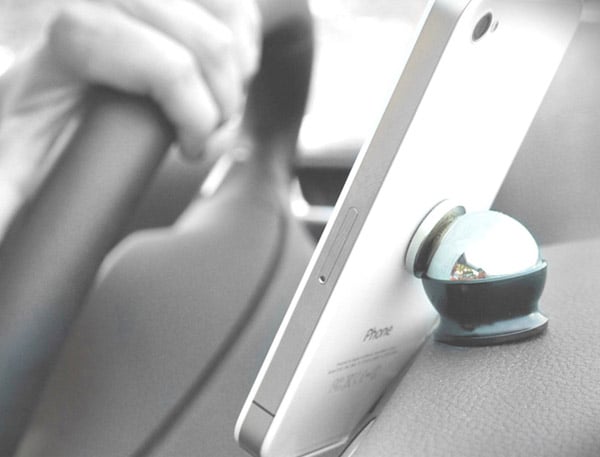 The Steelie magnet adheres to the back of your device with a strong adhesive pad, as does the smaller ball mount for phones. It’s unclear, though if the tabletop stand holds in place under its own weight or if it must be glued down as well. Also, you’ll want to make sure you keep the strong magnet away from credit cards and hard drives, so don’t dare try using one on an older hard-drive based media player.

The tablet version, with both the Steelie magnet and tabletop stand sells for $60(USD) while the smaller version for phones sells for $30.