Edifier Spinnaker Speakers Look Like the Horns of the Black Rhino

If you’re in the market for some new speakers for your desktop, and don’t want the same old boring boxy plastic things, you might want to check out these unusual speakers from Edifier. 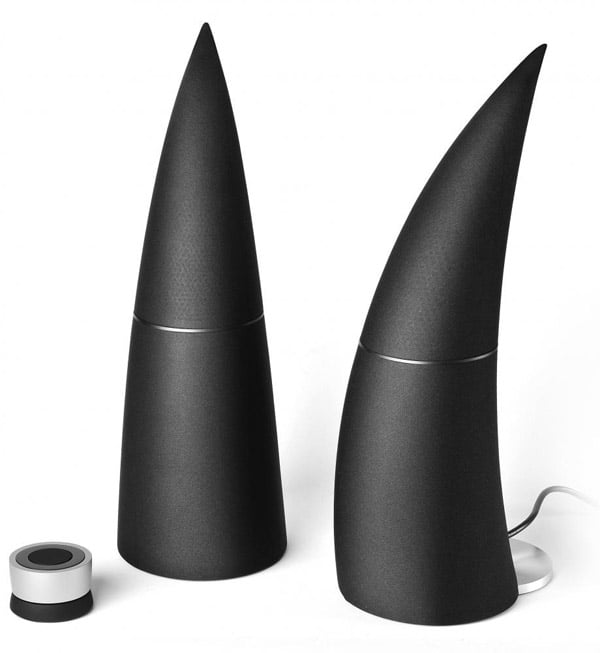 The Spinnaker speakers tower stand about 15 inches tall each, and while their name conjures images of the sail on a sailboat, while to me they look like the horns of a black rhinoceros to me. I suppose they could just as easily rename them “Black Rhino.” Either way, they look pretty cool.

Each speaker has front-facing tweeter and mid-range speakers, as well as a downward-facing subwoofer at the bottom. They offer wireless pairing with Bluetooth devices, and include a wireless remote which offers volume, track navigation and play/pause controls. Thanks to their dramatic design, the Spinnakers are a recipient of the 2012 CES Innovations Design and Engineering award. 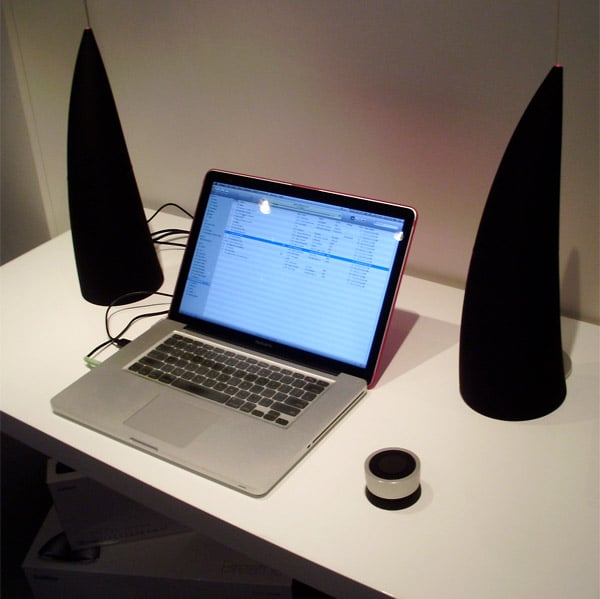 Edifier hasn’t revealed much more in terms of specs, pricing, or availability, but will be showing off the Spinnaker speakers at CES this coming week, at which point more details will probably be revealed.