If you’re into classic arcade style gaming, you might already have picked up an iCade cabinet for your iPad. If not, or if you want some tactile controls for your iPhone or iPod Touch, read on. ION Audio just outed three new gaming options for your iOS devices and they all look like fun. 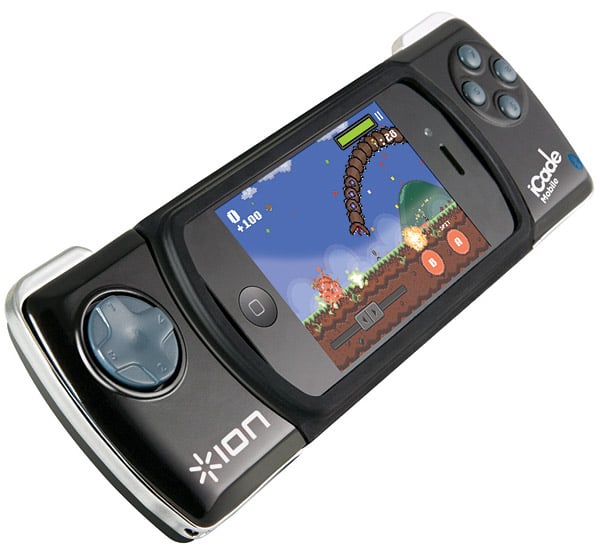 For starters, there’s the new iCade Mobile, which enshrouds your iPhone 4, 4S or iPod Touch with a proper D-pad and gaming buttons. This should be great for playing arcade games on the go, especially ones better suited to a gamepad than a touchscreen. ION expects about 100 games to be compatible with iCade Mobile by the time it launches.

It adds about 1-1/2″ inches on each side of your iPhone, so it is a bit wide, but those added sections provide ergonomic gripping areas which seem make sense. The gadget works in either landscape or portrait modes too, although it does look a little funky in portrait mode. 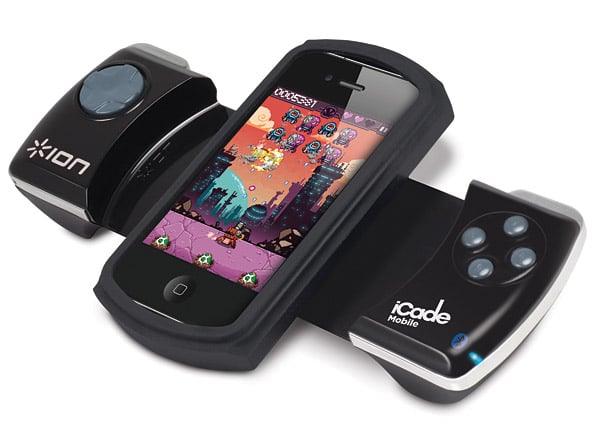 If you’re thinking more about classic arcade gaming, then check out the iCade Jr., a miniature version of the popular iCade arcade cabinet, stuck in the shrinker ray for your iPhone or iPod Touch. It’s basically a mini version of the iCade, though it only has four buttons on front, instead of eight. It also has four “rear trigger buttons,” though I’m not sure what those look like or what purpose they serve. 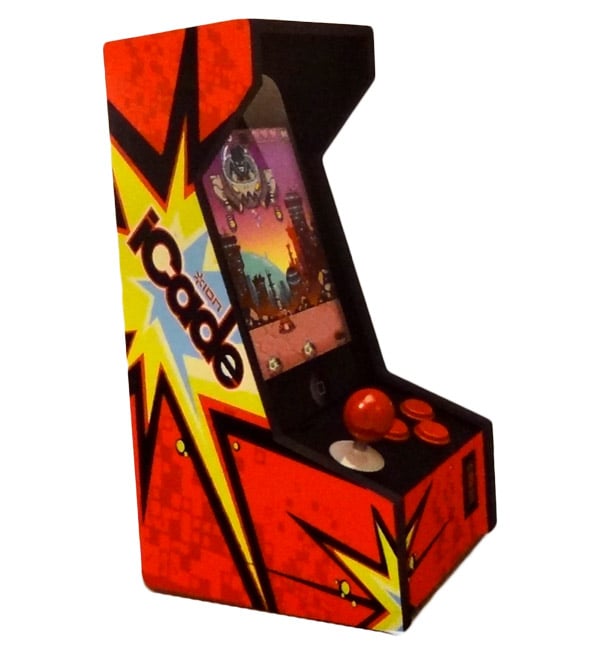 Last, but not least is the iPad-compatible iCade Core, which takes the same arcade quality joystick and eight buttons found on the original iCade, and does away with the cabinet. Sure, it doesn’t look as cool as the iCade, but it’ll likely sell for quite a bit less than the $100 original. ION also announced that Namco’s Pac-Man for iPad is now compatible with iCade – and I can’t think of a more perfect game for it. 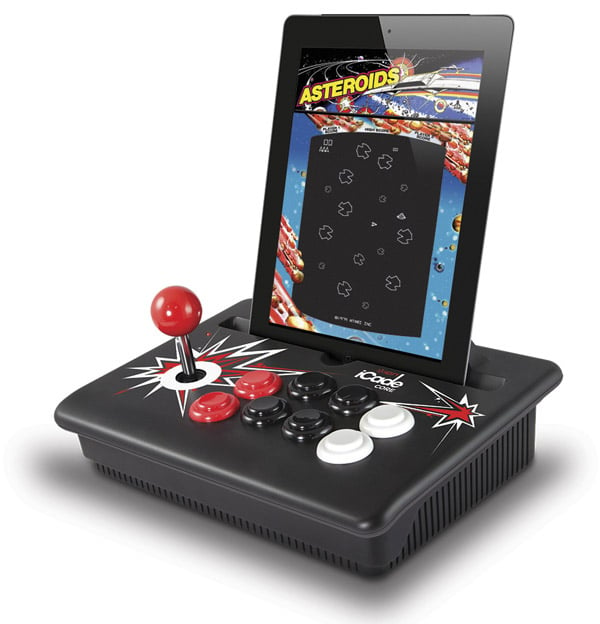 All three devices use Bluetooth to communicate with their respective iOS devices. ION Audio is showing off all three at this week’s CES show, and expects to release them sometime in 2012. The iCade Mobile will retail for $79.99 (USD). Prices haven’t been announced yet for the other models.