I have always liked both Alien and Predator – at least individually. When they were first combined, it wasn’t a stellar result, but this chess set looks pretty awesome. It will allow you to pit your own Aliens versus Predators and see who will come out on top. 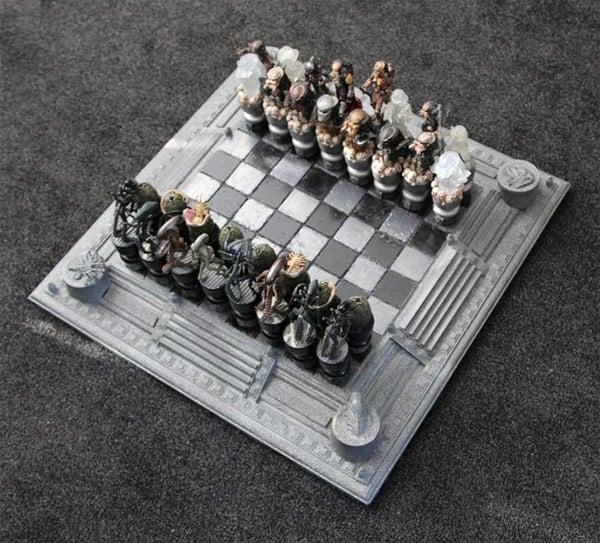 This chess set was created by DeviantArtist Joker-laugh. While he doesn’t say much about how he made the actual chess pieces, the board measures 25 × 25 inches, so it’s quite big for a chess set. He used wood, small tiles, and stone for the board. He tried to make it match the pyramid temple in the AvP film. 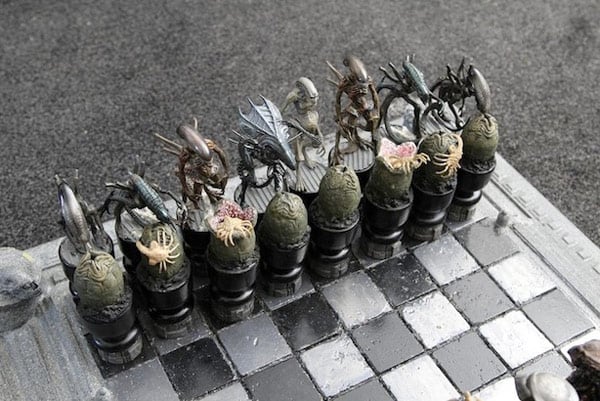 On the Predator side, I like how he made the cloaked pieces, and all those tiny skulls. There’s no doubt that it must have taken Joker-laugh hours and hours of meticulous painting to get all these pieces just right. 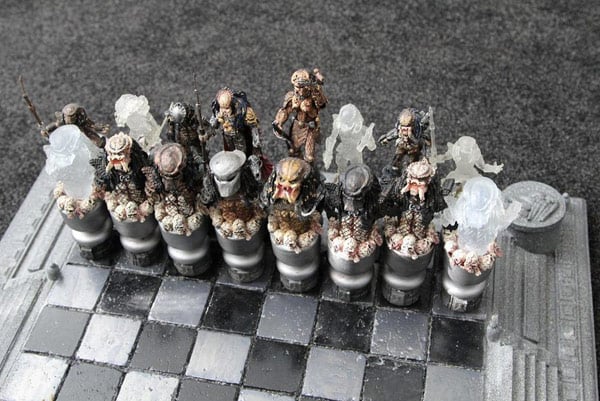