Tusken Raiders are awesome. They travel in single file to hide their numbers, they ride giant Banthas, make silly noises and best of all, some of them were shooting at Anakin during that stupid pod-race scene. Now you can keep warm this winter by wearing an actual Tusken Raider on your head. A crocheted version of course. 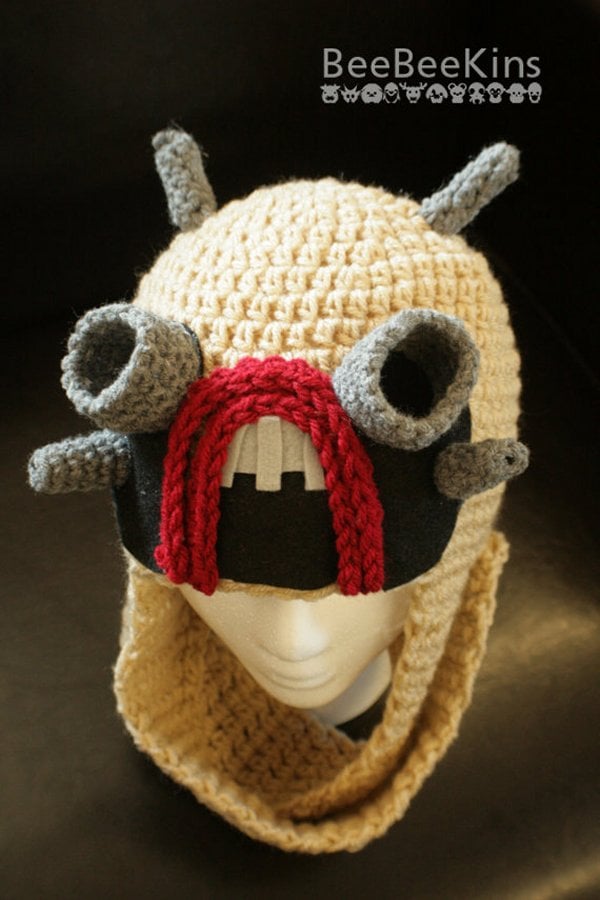 This crocheted hat is pretty adorable. It’s made by Etsy seller BeeBeeKins (who also brought us the equally spectacular Boba Fett hat) and I just love the detail. It’s so popular that it is now back-ordered by 6-8 weeks.

It will cost you $49.99(USD), but that’s a small price to pay to look like a Tusken Raider. You can get it in every size you need, from infant to adult. The only downside is that in 6-8 weeks winter will be pretty much over.