The Kinect was designed to make it easier for us to command software, but the guys at Chaotic Moon Labs knew they could make it move actual objects. The result? The Board of Awesomeness, a motorized longboard that relies on video recognition, speech recognition, gesture recognition, location data, accelerometer data and more to make it move. 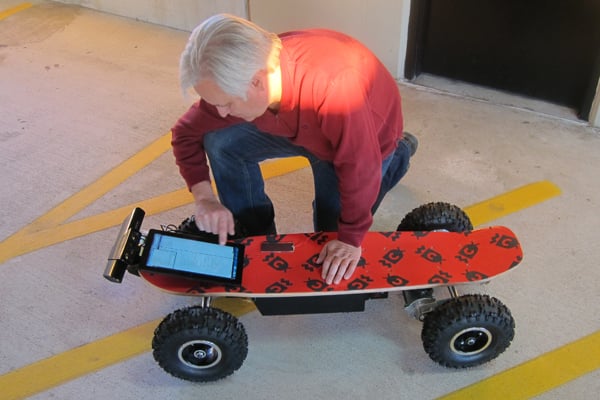 As you’ll see in the parts list below, the Kinect isn’t the only tech behind the BoA. Since fitting an Xbox 360 or a laptop on the board isn’t exactly a smart move, Chaotic Moon Labs used a tablet as the system’s brains. But they didn’t just use any tablet, they got their hands on a yet-to-be-released Samsung tablet running the yet-to-be-released Windows 8 operating system. The tablet handles the voice control, toggling the motor on and off as well as managing the speed settings. 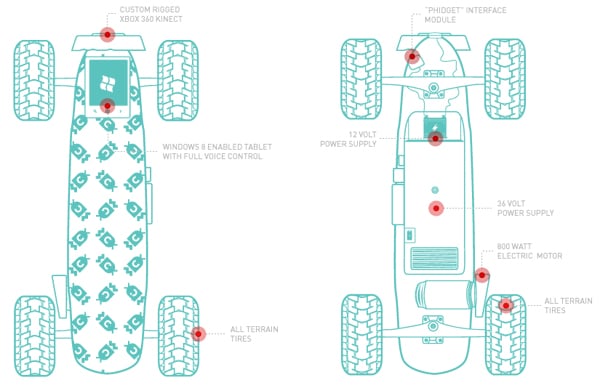 Thanks to Kinect, the Board of Awesomeness has the Controls of Simplicity: put your arms forward and push down to make it accelerate – the board’s max speed is 32mph – and pull your arms back up to make it slow down.

A few years ago it would be unthinkable for prototype products to make their way to pet projects like this. Now the next Windows is chillin’ on a longboard, the next iPhone’s getting wasted on a bar… Things have really loosened up.