Make Your Own Cardboard Hexapod Robot

If you’ve ever dreamed of building your own robot, why not take a shot at a cardboard hexapod? It will cost you less than $100(USD) for the parts. I did say cardboard after all. Mike Estee is in the process of building this one here, which is still in the early stages, but looks great. 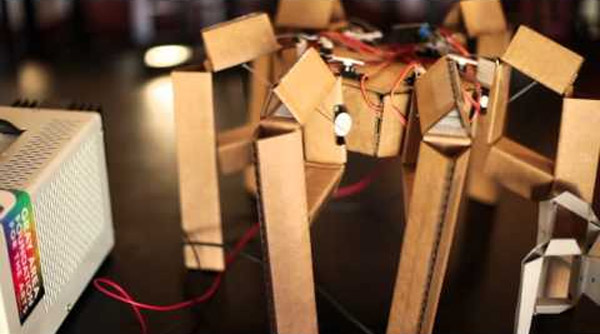 This project cost Mike $1.00 in cardboard, $54.60 in servos, and $29.95 in servo controllers. In the video he does a simple motion test and it would appear that it is looking pretty good, judging by how the bot is shaking it’s thang.

He already has his eye on some improvements that he can make now that this one is underway. You can find instructions and materials over at Mike’s website. Who doesn’t want to make a cheap robot?