I don’t know how many of you remember the heady days just after 1977, after the nation had had it’s first dose of Star Wars. I do, and I can tell you that many people decked out their vans in Star Wars themes. It always looked amazing. This 1979 Dodge Ram Van, for sale on eBay, has a Star Wars exterior done up in Rebel Alliance colors. 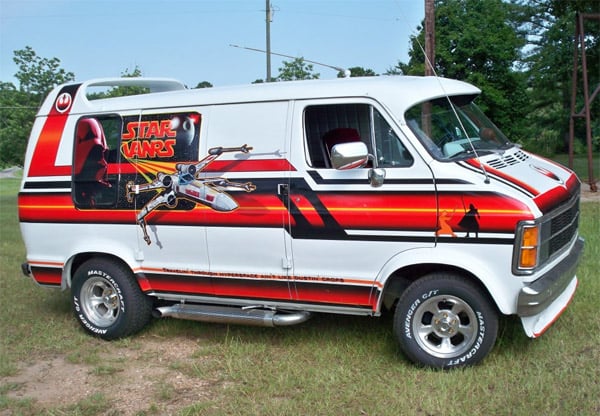 As the seller points out, this van will make you a celebrity. He even had a cop turn around and pull him over just so he could have his picture taken with it. 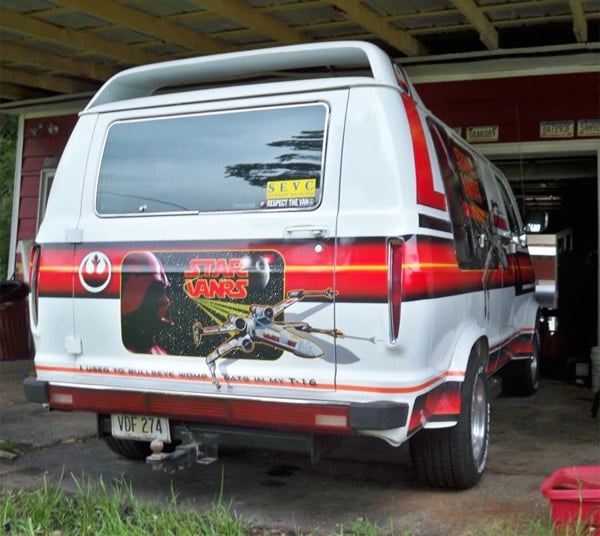 As of this writing there are no bids at the opening price of $9000 (USD) so you could still take it home. Assuming you are brave enough to admit to your wife that you spent nine grand on an old 1979 van of course.