This LEGO creation may well be the strangest and most unique I have ever seen. It’s a LEGO construct that looks like some sort of old 60’s TV. On the TV is a Superman minifig flying around doing his super deeds. 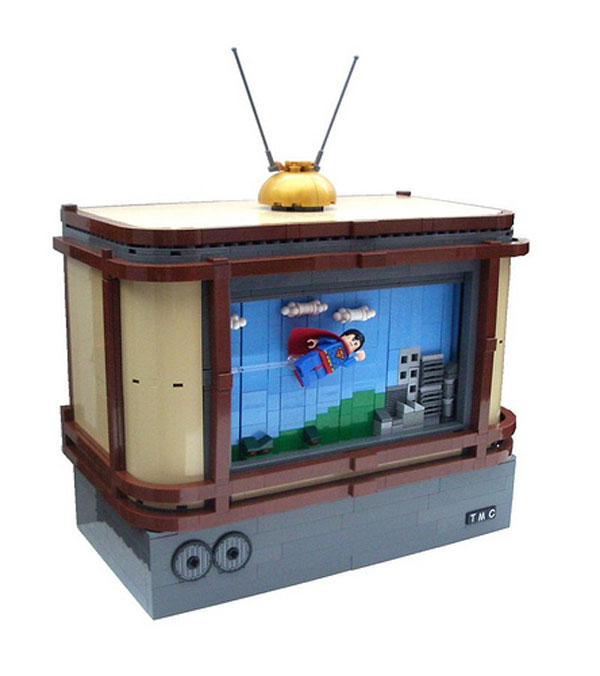 Everything about the set is made from LEGO parts, and the coolest parts is that the backdrop behind Superman actually scrolls. The guy even went so far as to make little fluffy clouds from LEGO blocks too. If you think it’s cool sitting still, check the thing out in action as the background scrolls quickly by.

I think that is really awesome, I’d like to know how he built that scrolling background. Sadly, there are no build notes, other than the fact that the backdrop pieces are mounted on bulldozer treads – so if you want to create your own version, I guess you will need to wing it.