If you like the idea of having a 3D smartphone to check out videos and games, but the thought of being without your iPhone makes you scared your day is coming – maybe. A new patent app filed by Apple has surfaced that outlines a way that they could get a 3D image and interface on a gadget like the iPhone. The special screen would show each eye a slightly different image, much like the Nintendo 3DS. 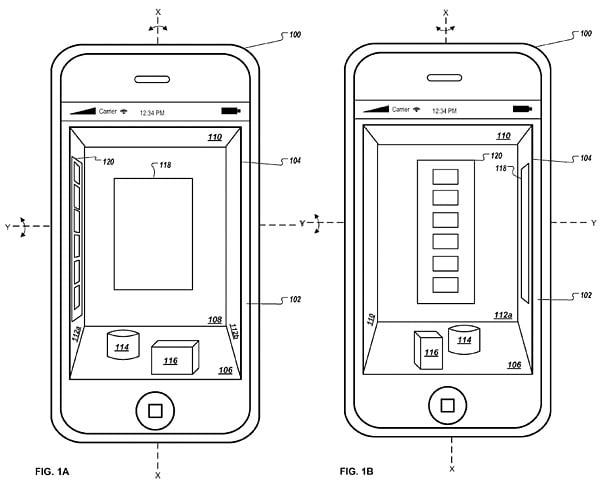 The cool part is that the 3D interface would look sort of like a room and you would be able to turn the iPhone or iPad with one hand to access what is on that wall. The idea is that the one-handed adjustment method will let you do other things with one hand and like cook or drive and still navigate the interface.

The idea is that the compass and other motion sensors inside the smartphone would know which way the device is turned and would change what you see on the screen accordingly. That sounds pretty cool; it would make changing apps a snap. The patent app also talked about performing certain motions like shaking the phone to go directly to an app. Given that Apple has thus far eschewed the 3D trend, it’ll be interesting to see if this ever comes to market, or if it’s just a patent for patent’s sake.