Going to the doctor sucks, I think many would agree. I won’t go unless something is hanging loosely by tendon and sinew or I take another arrow to the knee. Checkup is another word for hypochondria to me. I don’t want the doctor poking me with a needle and I always fear the day a prostate exam may be recommended. It’s better to avoid the doctor, IMHO. 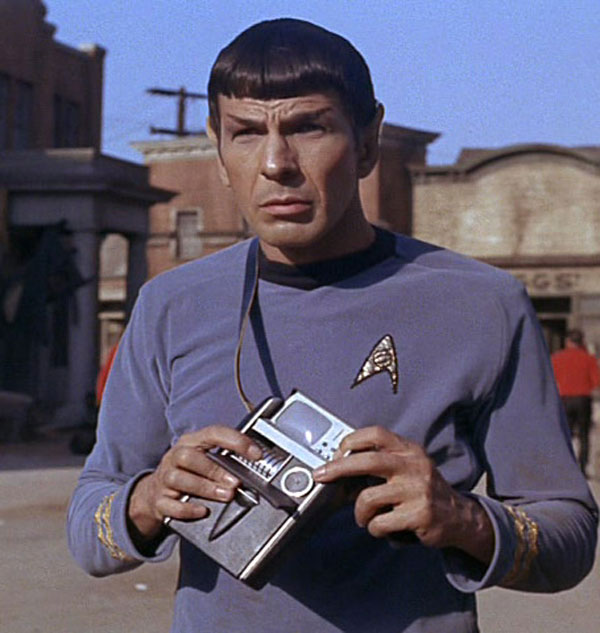 If doctors at the offices around town had tricorders like Spock and the rest of the Enterprise crew, I might go. That is assuming it’s capable of diagnosing any issues in the intestinal tract without some sort of nasty invasive procedure. Then they could just do that scan thing and not have to poke or prod. Qualcomm wants some tricorder action too and it has teamed up with the X Prize people to offer a cool $10 million to the smart folks that can invent one. It’s going to be tough to do though. Here’s a description of the criteria for the tricorder:

“As envisioned for this competition, the device will be a tool capable of capturing key health metrics and diagnosing a set of 15 diseases. Metrics for health could include such elements as blood pressure, respiratory rate, and temperature. Ultimately, this tool will collect large volumes of data from ongoing measurement of health states through a combination of wireless sensors, imaging technologies, and portable, non-invasive laboratory replacements.”

Apparently, the way to make something like this work with today’s tech is by measuring metabolites. The catch is that the hardware needed to measure metabolites is inside a chunk of lab equipment about as large as a Mini Cooper. It looks like I’ll be avoiding the doctor for a few more years to come.