Earlier in the week I mentioned that at CES 2012, Ion Audio had unveiled a turntable that connected to your PC via USB to convert your vinyl and cassette tapes. Ion has unveiled another conversion device for those who already have a nice record player or tape deck called Vinyl Forever. The little device looks like a tiny record player making it all cute and stuff. 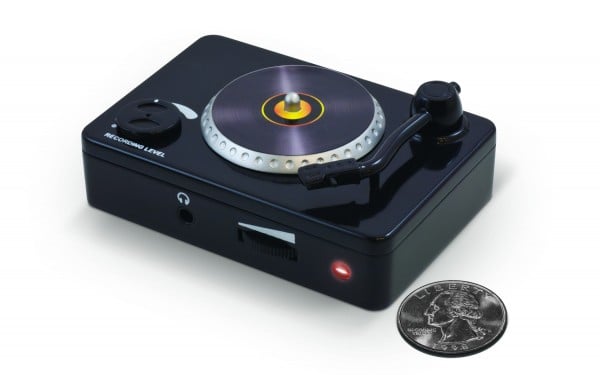 It has ports for RCA cables on it, and you connect it to your existing audio gear with the to shoot the tunes out to your computer via USB. The device has recording level controls and volume controls on board, and it ships with software for digitizing tracks onto your PC or Mac. It also has a headphone port that will allow you to listen as you convert. The Vinyl Forever converter will ship sometime in 2012 for under $35 (USD).