Darth Vader’s Day at the Office

If there’s anything that you get from Star Wars, is that Darth Vader was a pretty messed up dude. That didn’t stop Jim Alley from creating this quirky scene, which imagines how Darth Vader’s life could have been like if he wouldn’t have been so taken with the Dark Side of the Force, and settled down and got a “real job” instead. 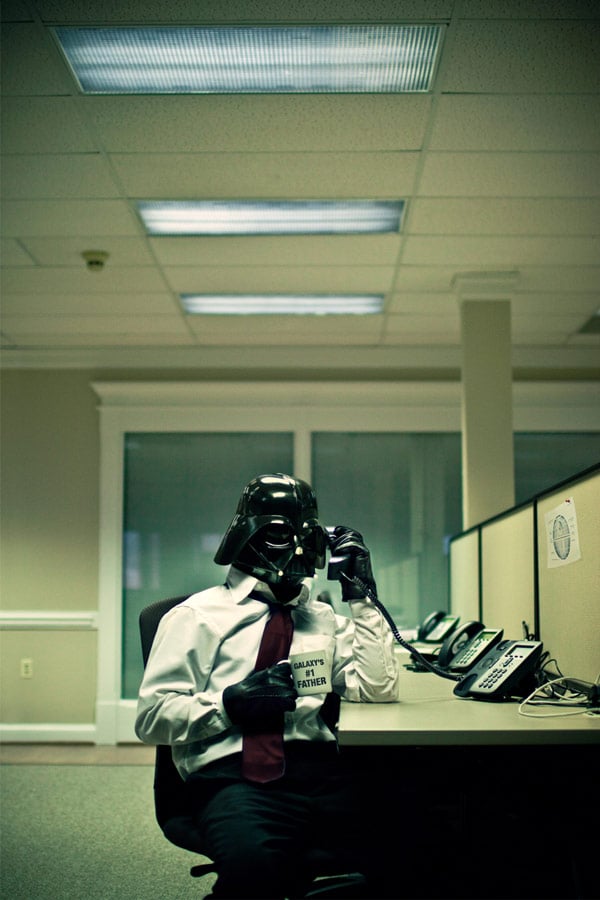 While Darth Vader might not really work amongst us, it’s funny to think of a dark lord of the Sith just going about his day, taking some calls and having a cup of joe. One can only assume he’s talking to Luke or Leia on the phone – probably asking the kids what they want for dinner tonight.