Aren’t You a Little Short to Be a Stormtrooper Cake?

If you’re a Jedi, I suppose one way to defeat the Empire would be to start eating the Stormtroopers. Normally that would require a Rancor monster but you can get in on the fun with this Stormtrooper cake. If you can believe it, the entire thing is edible, with the exception of its PVC “bones”. 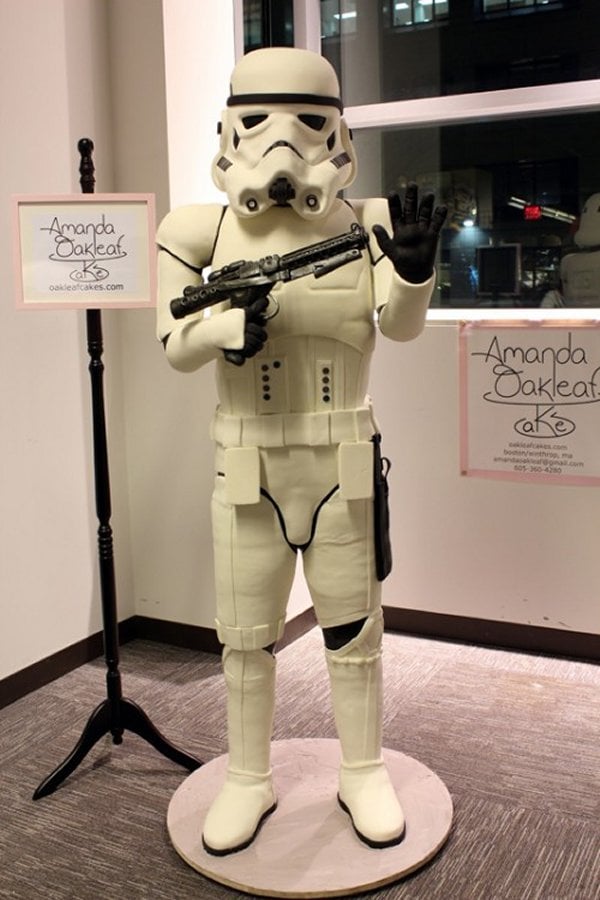 This 6′ 4″ tall Stormtrooper cake was created by Amanda Oakleaf Cakes for the Arisia Sci-Fi Convention in Boston. It took ten people two weeks to complete it and it weighs about 300 pounds. If you’re wondering how it manages to stand up under the weight of all that cake, fondant, and Rice Krispie treats, it’s got a lightweight PVC skeleton keeping things in place. 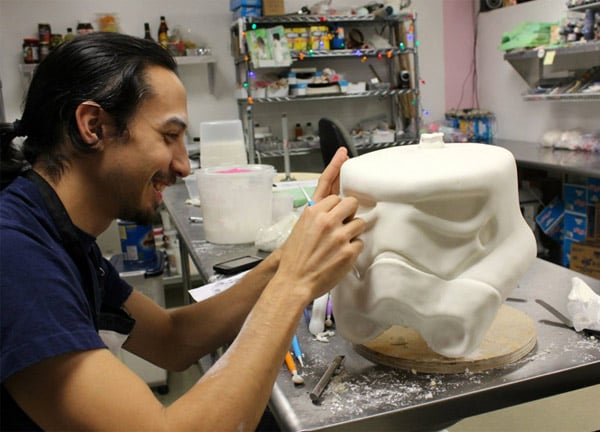 If you want more details on how they did it, the bakery posted a photo gallery that shows the process of the build. How many does it feed? Well, it was eaten by about 600 people. Sadly, I was not one of them. 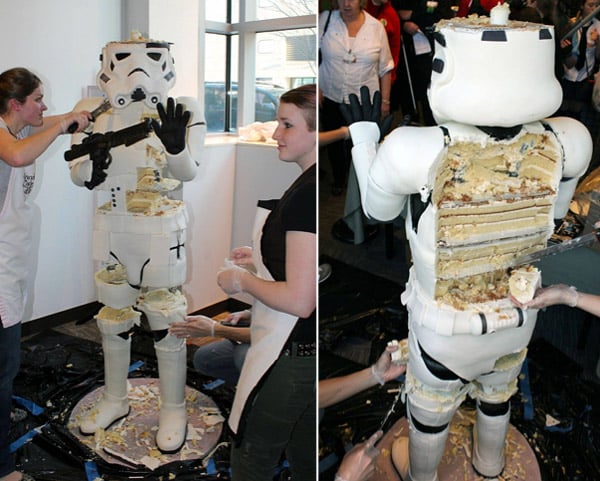 [via Boing Boing via Neatorama]