FOUR: In the Future, Tokyoflash LED Watches Will Still Be Confusing

The Tokyoflash Kisai On Air watch design was probably a fluke in the sense that it didn’t make reading the time off the face of the watch extremely hard. Now continuing the trend of complicated watch designs for Tokyoflash is FOUR. 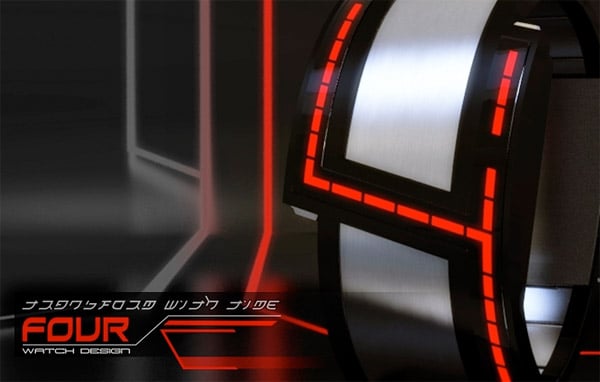 Just in case you can’t tell, the FOUR watch design is all about the number four. It was submitted by Firdaus from Malaysia, who said: “I was influenced by many Japanese Tokusatsu and most of them featured henshin gadget that are very futuristic and stylish. Inspired by the shape of digit “4″ and Japanese “つ” (tsu), I came up with this watch design.” 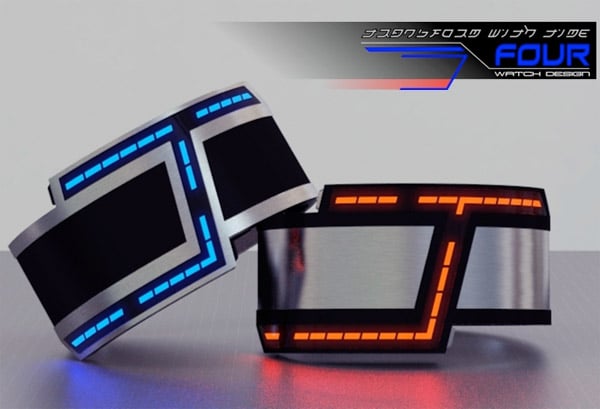 On the watch, the time is displayed on lines of LEDs in the following groups: 12×1 hour, 5×10 minutes and 1×9 minutes alongside the “4” shape face and part of the strap, as illustrated by this image: 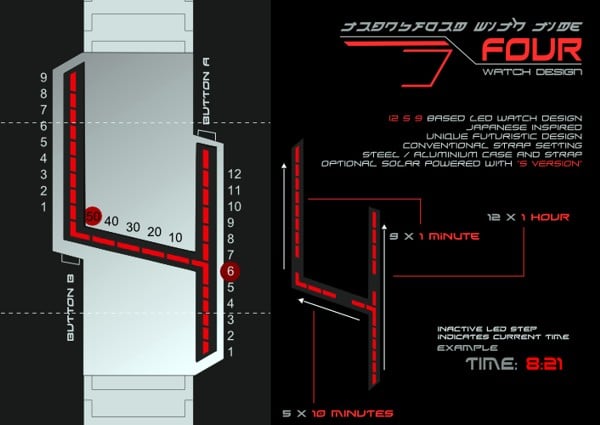 It took me a couple of minutes to understand how the FOUR watch face above was supposed to read 8:21. The trick is to look for the darkened LED segments and then count up from the bottom of the watch. 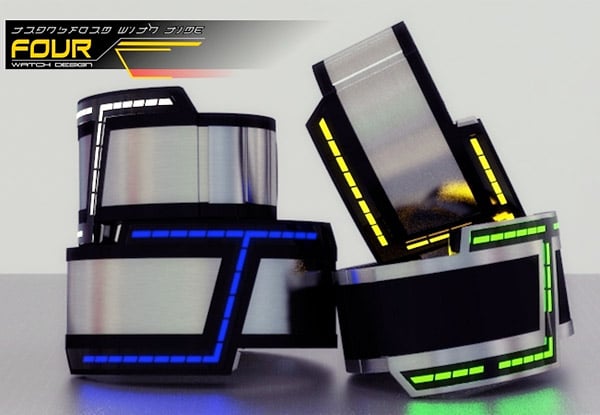 While I admit it’s a pretty cool and definitely futuristic timepiece to have, the way it tells time is way too complicated for me. Still, if you like the design, head on over to the Tokyoflash design blog and vote for it now.