DiscoRobo Busts a Move on Your Desk

Dancing is all the rage right now what with those popular network dance competition shows and all. Turns out robots are getting into the act too. The new Tosy DiscoRobo toy is all about shaking its groove thang and has heart shaped LED eyes to let you know that it loves you. It’s probably because he loves Disco so much, actually, not you. He will be dancing on your desk very soon. 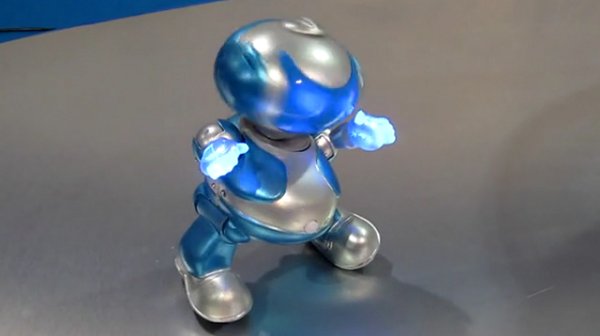 Info about how it works is scarce, but it likely has an internal microphone that picks up audio and listens for the beat, so it can dance like a champ. Check out the video of DiscoRobo in action below. The little guy sure can move.

No info yet on a price or release date, but perhaps before the end of the year you will be dancing together.