I don’t often post about automotive technology, hacks or mods because I don’t know a lot about cars, but this one is too neat to pass up: a car with two sets of front windows, a pair that’s transparent and another pair that’s tinted. 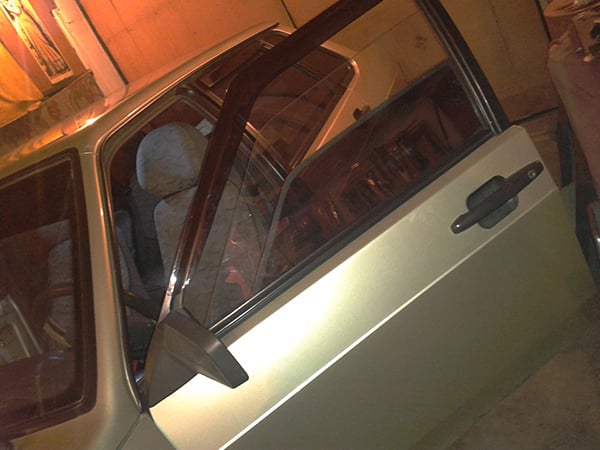 The mod was made by 20-year old gearhead Lech Sokolov on his second hand Lada 21. Unfortunately even if I was familiar with auto jargon I still wouldn’t be able to tell you how Sokolov pulled it off because he wrote his how-to in Russian, and I’m almost certain that Google Translate is as clueless about the language as I am.

What I think I got – remember, Google Translate may be making this all up – is that the mod cost about 5,000 rubles (~$159 USD), including the cost of the two extra window panes and the tinted film that he used to coat them. Sokolov also said that the major drawback of his mod is that he had to take out the amplifiers (speakers?) out of the doors to make room for the extra thingamajigs that he installed. Then again he ended up with a car that is not only more versatile – all the benefits of tinted windows without their drawbacks – but is significantly insulated against sound as well. Sokolov, you naughty boy.

[via Drive2 (RU) via Autoblog]