I’ve mentioned some of the multitouch displays from ideum in the past, but this one is one of the biggest off-the-shelf touchscreen interfaces I’ve seen to date. The just announced MT65 Presenter has a whopping 65-inch screen. This makes it about 2.5 times the size of the Microsoft Surface 2.0. 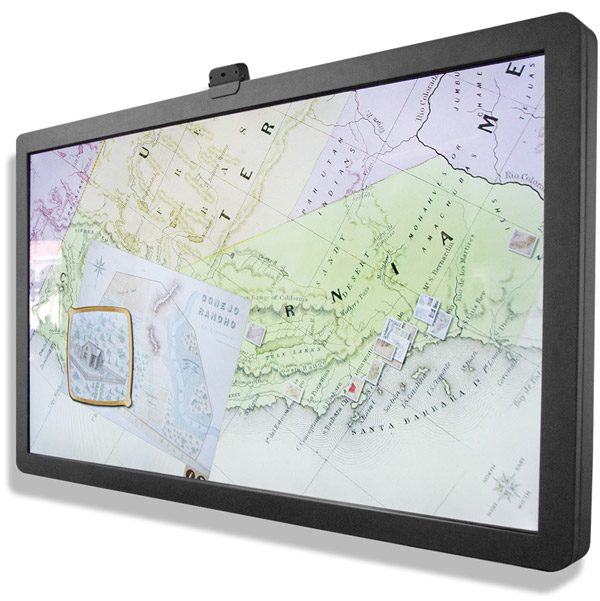 It’s able to detect up to 32 simultaneous touch points, so multiple users can interact with it, and it offers full 1080p HD resolution. The giant LED backlit LCD screen is fully 3D capable, and is bright enough to work even in well-lit environments, like museums, offices and classrooms. 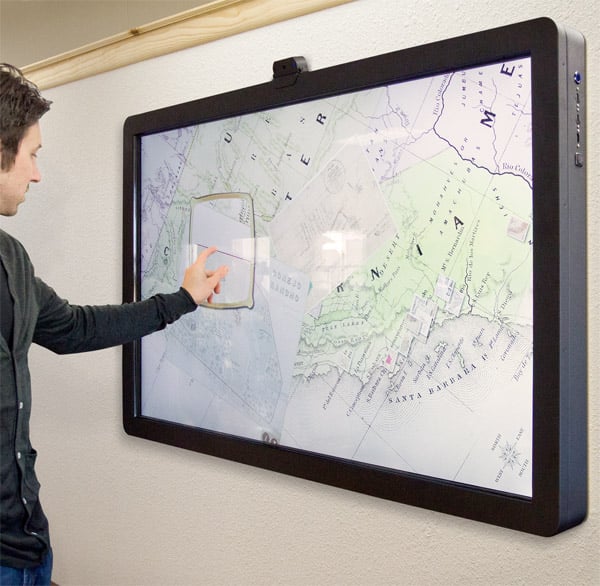 The MT65 Presenter isn’t just a display – it’s a fully self-contained Windows 7-based system (a Linux version is coming in March.) Under the hood, it’s got a speedy quad-core Intel Core i7 2720QM CPU, along with 8GB of RAM, a 256GB SATA SSD hard drive, and a GeForce GTX 460 GPU, so it’s powerful enough to run just about anything you can throw at it. Ports include Ethernet, HDMI (in and out for mirroring), USB 2.0, and 3.5mm audio in and out jacks. 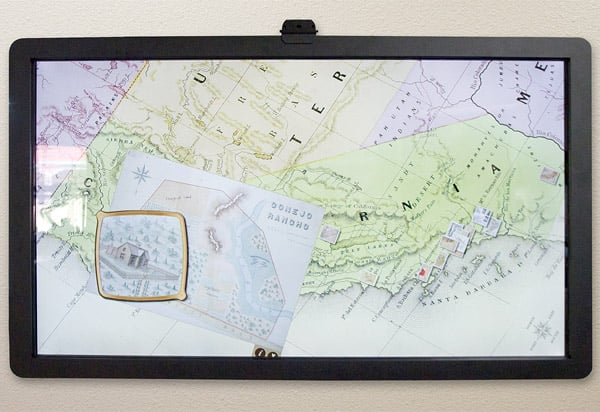 The whole system is loaded into a durable 4″ thick vandal-proof aluminum frame, so it can be used in public places without too much worry. They’ve also attached a small HD webcam and stereo microphone on top of the display, so those can be used as inputs for interactive projects. Also included is GestureWorks 3, which lets you easily create interactive touch-based apps using Adobe Flash, Flex or Air. The package also includes software components for quickly integrating and interacting with photos, videos, and audio files in touch-based projects.

The ideum MT65 Presenter is available now, with prices starting at $17,450 (USD), and can be ordered in custom colors for $1,000 more. Sure, you might not be able to afford one for your living room, but it’s a pretty good deal for professional users, given its size and capabilities.