Buyers Sold Clay Instead of iPads

How’d you like to plunk down $500 or more for a brand new iPad 2 to find out that you just bought yourself a box filled with clay? Apparently, at least ten customers were sold bogus boxes containing clay instead of iPads over the holidays from several Canadian electronic stores. The boxes appeared to be sealed iPad 2s, but they just contained slabs of clay instead of tablets. 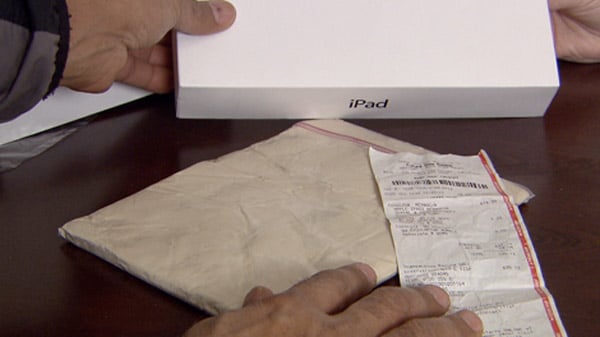 The thought is the scammers purchased the iPads and replaced the tablets with a block of clay weighing the same as the iPad. Then they rewrapped the iPad in retail-grade cellophane and returned them to the store. Then the retailers returned the units to the shelves. Most stores log the customer’s ID on large returns, so they would have had to be clever about that to not get caught. Best Buy, Apple and Future Shop are investigating the situation. Hopefully this won’t happen to you. Maybe someday they’ll have to start x-raying high-priced items when they get returned to prevent this.

This wouldn’t be the first (or last) fake iPad scam – a while back, a woman was sold a wooden iPad for the low, low price of $180. However, that bait-and-switch didn’t happen at a legitimate retailer.