This cell phone designed by Red Dot Design Prize winner Naoto Fukasawa is supposed to combine a candybar-style phone from ’04 with the functionality you’d expect from a modern touchscreen smartphone. I don’t know if this combination will work, but compulsive texters and frequent dialers might appreciate a tactile keypad instead of a touch-based alternative. 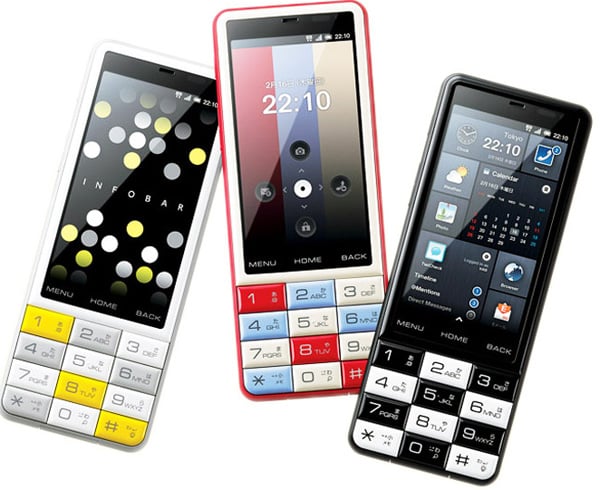 The Infobar C01 (JP) looks pretty retro with its checkered keyboard beneath a full touchscreen. It’s powered by Android and measures a disproportionately tall 5.11 inches in height by 2 inches in width and under half an inch in thickness. It weighs 3.7 oz and its 3.2-inch screen has a 854×480 resolution. It has an 8 MP CMOS camera, USB and microSD ports. It’s Bluetooth, Wi-Fi, and IR compatible. Since it’s designed for the Japanese market, it also comes with a digital TV tuner.

The phones will be available in Japan in February 2012 on the KDDI (JP) mobile phone carrier. Even if you do like its looks, it’s doubtful that you’ll ever be able to get one outside of Japan though. 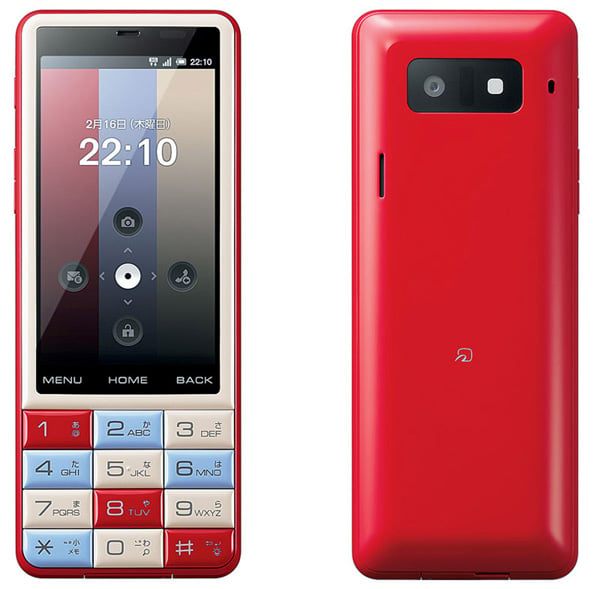 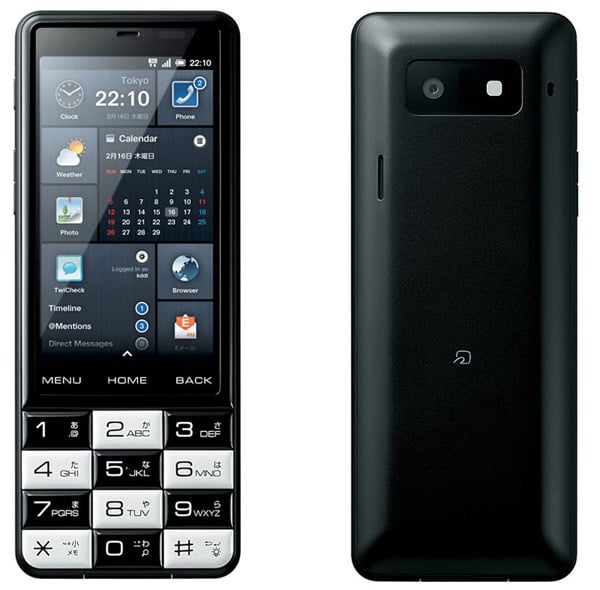