Steampunk Sony VAIO F Goes Back to the Victorian Era

Is your laptop feeling too modern and shiny for you? Why not give it a retro redo? With the eCog Mercury mod, you can give your Sony VAIO a serious steampunk makeover, and send your 21st century gadget all the way back to the 19th century. 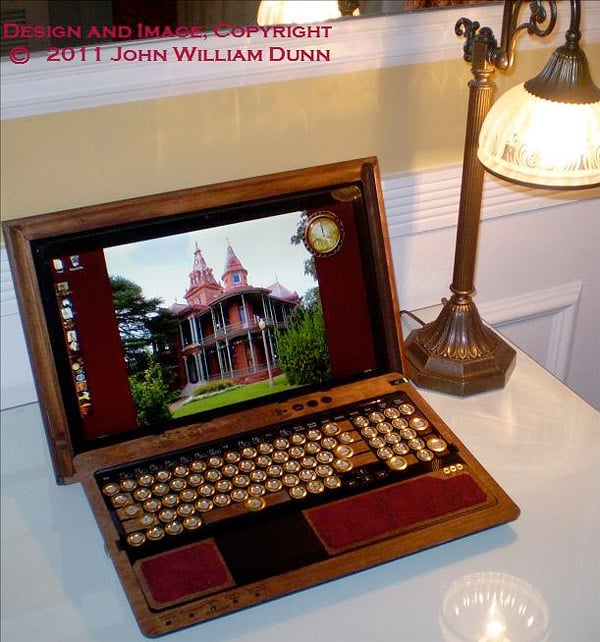 Designer John “Wilhelm” Dunn of the Victorian Steam Calculation Engine Company originally created this steampunk mod on commission for Sony, but is now selling the same thing as a mod for your own laptop. The primary components of the eCog Mercury include beautifully-finished birch plywood trim, retro key caps, and a grid of copper and steel “pipes” (actually wires and drawer pulls) and (non-functional) gauges which protrude from the back of the laptop’s display, which John refers to as his “boilerplate” design (also available as an iPad 2 or Nook Color case.) 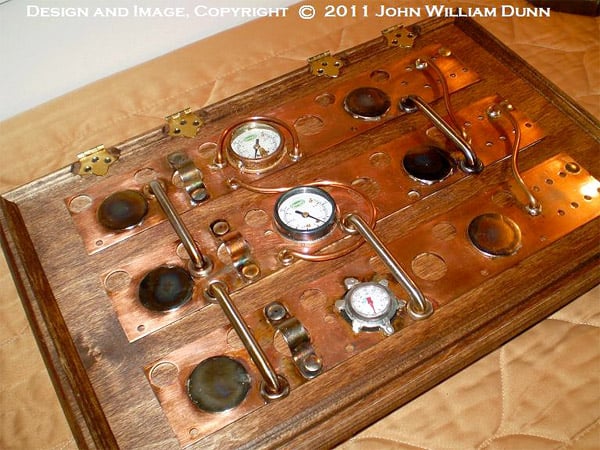 The keyboard keys are encircled by solid brass bezels, and have translucent off-white keycaps which allow the keyboard’s backlighting to show through in the dark. The larger keys also have birch ply veneers, and the trackpad is surrounded by red fabric wrist rests. 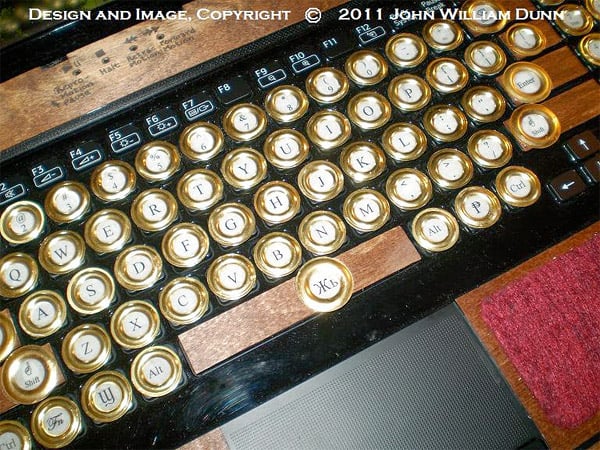 If you want one of these, you’ll first need to go pick up a Sony VAIO F series laptop of your own. That’ll set you back between $1000 and $2500 (USD). Then, you’ll need the eCog mod, which costs another $1250. So this clearly isn’t a project for cheapskates. On the other hand, the end result is pretty spectacular, and I’m pretty sure even your pals with the sleekest new MacBooks will be jealous of your laptop when it’s done. 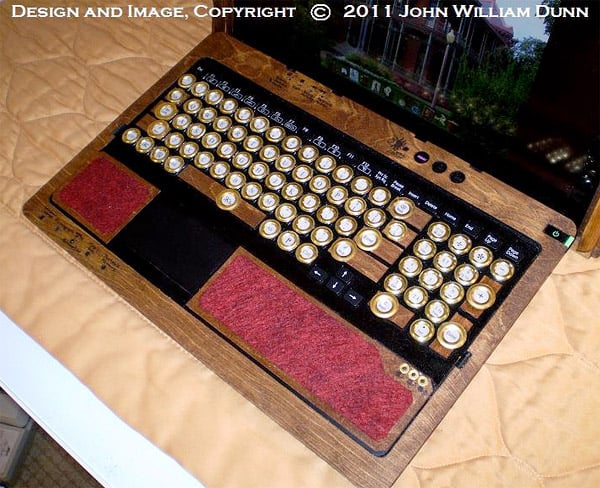 John is quick to point out that the design could be customized to your liking if you’d like to commission him to make additions or modifications to the design. Down the road, he even plans on building a steampunk goggle mod for the 3D glasses which work with the top-of-the-line VAIO Fs and other Sony 3D displays. You can see way more of John’s original mod in this video clip from Sony’s SGNL:

If you’re interested in the eCog Mercury mod for your VAIO F, head on over to Etsy for more details.