So, you want to know about 3G, do ya kids? Don’t ask your dad or go to some tech website. Ask a robot. China Unicom’s “Waiter” robot, who appeared at the 2011 China Int’l Information and Communication Exhibition late September through early October will educate you. 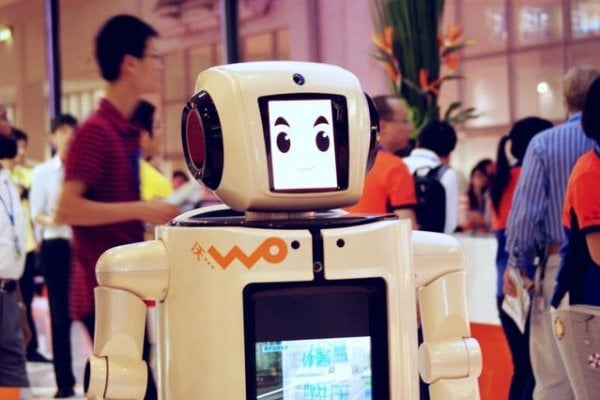 Waiter has movable arms, on-board cameras and a laser range finder to detect and interact with those human beings who are ignorant of 3G. It can also recognize commands like “hello” and “dance”. No word on how effective it was at educating the public on 3G. I’m guessing not very.

And just like the iPhone, there’s no word on when it will actually get around to supporting 4G LTE.

[via ZDNet (Chinese) via Plasticpals]