Skyrim My Little Pony Mod: The Stuff of Nightmares

I used to ride My Little Pony, until I took an arrow to the knee. Thankfully, I can still get some My Little Pony Action in a horrifying, flying little girl toy way. A geek going by the gibberish name zdzichorowerzysta, which I believe to be Russian for ZOMG… Ponies, has crafted what may be the cutest and strangest Skyrim mod yet. 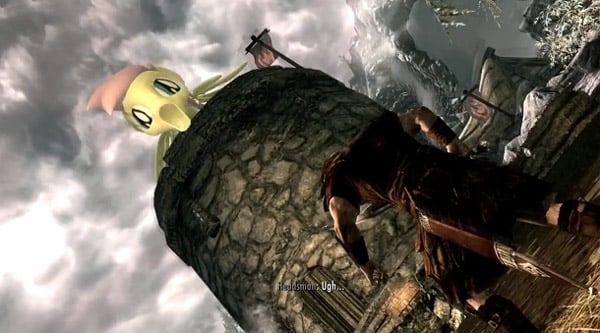 Zdz… made the mod for the PC version of the game and all the scary dragons have now been replaced with a cute, yellow My Little Pony that flies around burning stuff. The mod is called the “Pony Dragon Mod” and can be downloaded right now.

My Little Pony aficionados will recognize the pony here as Fluttershy.