Fans of Epic Game’s Gears of War franchise will love this papercraft version of the game’s Snub Pistol. Of course, the only damage this thing deals is paper cuts, but that’s okay. It’s worth some blood to make this beauty. 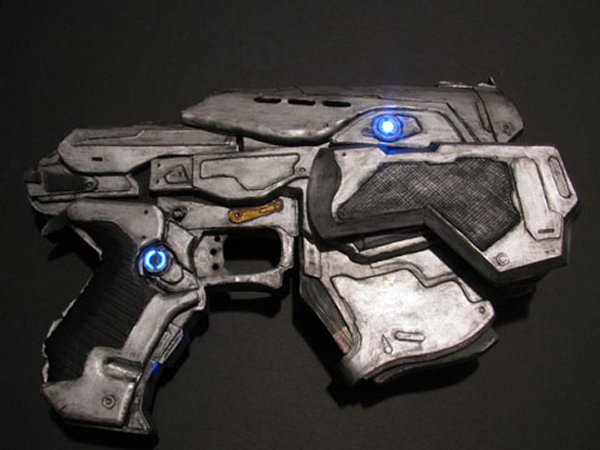 It comes from papercraft artist Leo Firebrand and is a pretty damned accurate reproduction of the game’s small, but deadly Snub Pistol – especially given the fact that it’s made out of paper. It even has integrated LEDs which cast an appropriate blue glow.

Leo waited a while since his last project before making this one because he wanted to perfect his skills and do the gun justice. This project required many more layers than any build he has done previously, so it took a lot of planning as well. The finished product certainly shows that attention to detail and looks amazing. It sure looks like mission accomplished to me.

You can check out more images here and build pics here.