Lasonic’s 931 TRC was one of the most popular boombox models in the late 80s. With the death of the cassette tape the company released an update on the 931 TRC called the I931X Classic, which played audio files and had an iPod dock in place of a tape deck. The I931X Limited has the exact same features as the Classic, except it has a shiny gold finish. 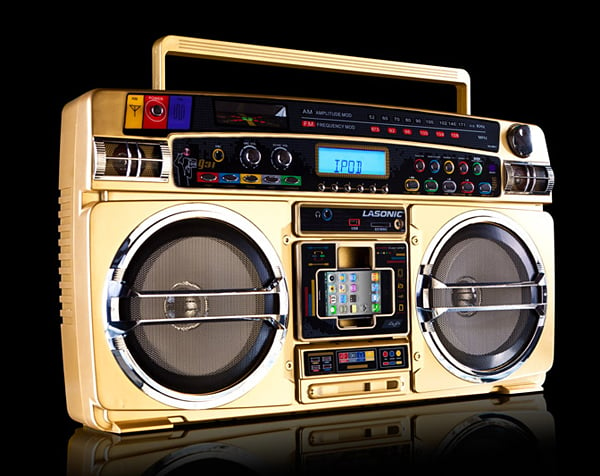 Aside from the iPod/iPhone dock, the I931X can play MP3 files over its two 15W speakers via USB or SD/MMC storage devices or through a device plugged into its auxiliary 3.5mm input jack. It also has an alarm clock function. So hip-hop. Thankfully, it still retains its granddaddy’s AM/FM radio function and headphone and microphone inputs. It can be powered via AC, but like all boomboxes it can also be powered by batteries. 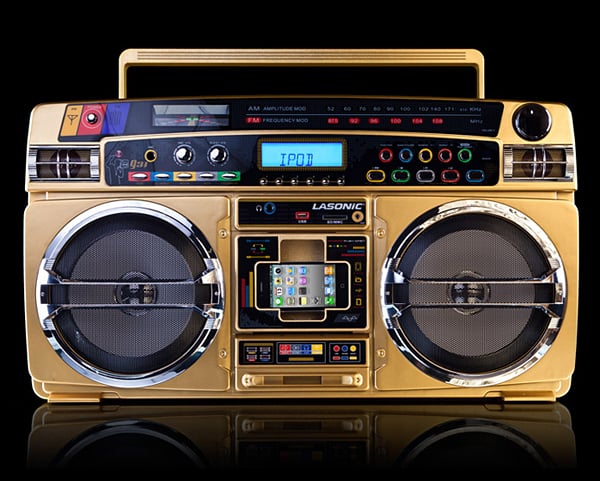 Put on your your fingerless gloves and head to Lasonic’s Veentage to order the I931X Limited for €284 (~$366 USD). Or not; it’s currently sold out but the shop promises to have 50 more units available by the end of January. I’m sure those will sell out fast as well so keep checking that link if you really want your own unit. But if you’re willing to settle for a less shiny unit, you can always get the I931X Classic, which is slightly cheaper at €249-€269 (~$321-$347 USD).