Kickstart Leebre to Get the Social Book Publishing Movement Going

There are a lot of blogging platforms available on the Internet so you can self-publish your thoughts and random ramblings for the whole world to read. That’s great news for people who want to share their ideas or let off some stream – but what about the writers who want to create complete novels? 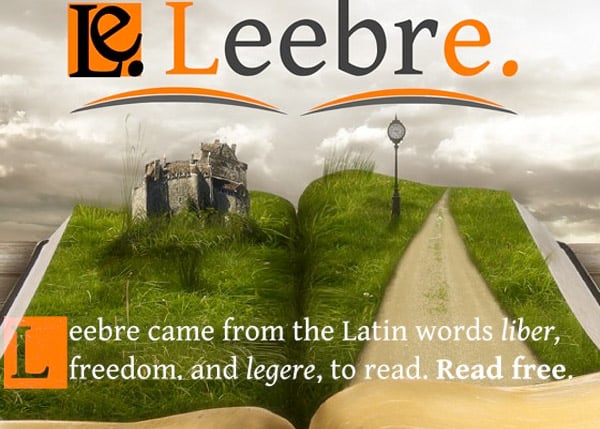 I mean, we have social sites for video games, artwork, and music aficionados. Why not one for independent writers? But here’s some good news: it’s coming. Or rather, it will come, once the Leebre project gets funded on Kickstarter.

Basically, Leebre is a social community where readers and writers can connect. But more than that, it can provide authors with a multitude of tools and resources to publish their work independently. The site will not only allow writers to post manuscripts online, but will generate eBook formatted content, as well as give their content a professionally typeset look, then release them with the appropriate Creative Commons license. Writers can put their bios and book previews up online, place “donation” buttons on their works so readers can show their appreciation or even contribute to charities.

For now, the Beta site is focused on publishing fiction, but there’s no reason why it couldn’t support any sort of content. I think Leebre will become a very cool site if it gets fully released, mainly for the fact that more people would be able to gain access to literature that would otherwise remain unpublished. I say this, given the lack of resources that many of these independent authors find themselves in.

If you’re interested in supporting Leebre, head on over to Kickstarter and contribute what you can.