I would love one day for solar panels to be efficient enough that they could power electric vehicles, and maybe save me some money on my house electric bill in the Texas summer heat with solar power. One problem is that the there’s not always a good place for solar panels on homes, and cars also lack surface area for panels too. BASF and Philips have a new and very cool product that combines an OLED light with a solar panel that is transparent.

The project is aimed at making a roof for a car that would allow the people inside to see out at during the day and capture solar energy as well. Then at night, the roof turns into a glowing OLED light. I think the windows of homes could someday use this technology too. They could capture solar power during the day to power the house and then turn into room lighting at night.

The OLED light is only 1.8mm thick and provides a uniform and soft glow across the entire surface. By combining this with an invisible solar panel, you get power and light in one device without blocking your view. Apparently, the technology is being developed for the sunroof of Daimler’s unusual Smart Forvision concept EV, shown below: 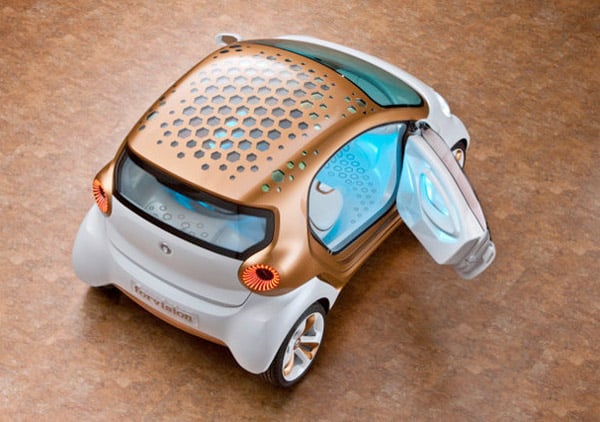 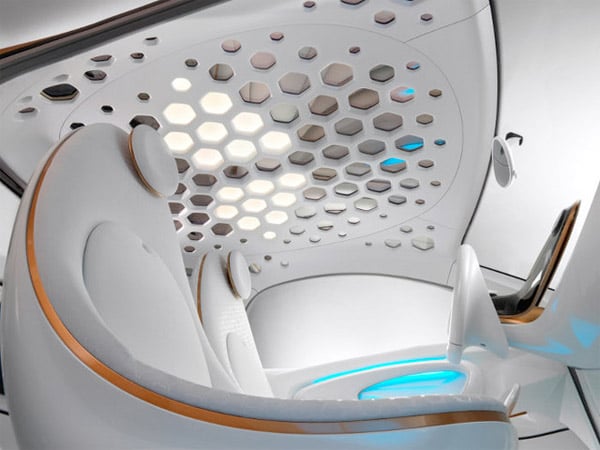 [via TG Daily and OLED-Info]