I am a big fan of Transformers – going all the way back to my childhood spent transforming/breaking random Hasbro toys when they were too complex for a child to operate. The films are a bit “meh” if you ask me, but I have seen them all anyway. If you are a Transformers fan too, check out this flash drive. 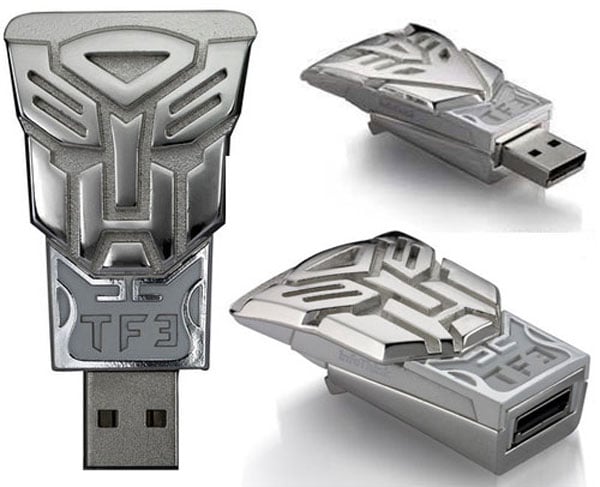 This isn’t the first Transformers flash drive we have seen, back in 2009, an official flash drive rocking Transformers’ looks surfaced, and then there were some cartoony Mimobot drives too. This new flash drive comes with either the familiar Autobot and Decipticon face logos on it, along with a “TF3” logo that lights up when accessing data. 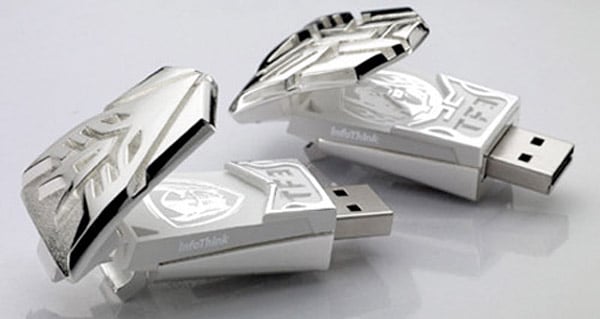 The face logos are made of die-cast metal, though the rest of the drive appears to be plastic. The USB connector retracts so there is no need for a cap, making for one less thing to lose. You can even flip the metal face up to find another Transformers logo underneath.

The Transformers drives are available on Amazon in 4GB and 8GB capacities starting at $33 (USD).