With iBooks 2, Apple recently launched its full-on assault on the print textbooks we all lugged around in school. So far, the war is off to a good start for Apple. According to AllThingsD, students have already downloaded 350,000 textbooks from iBooks in just three days. That is a huge number of downloads for something that doesn’t involve the words Angry, Zombies or Ninja in the title. 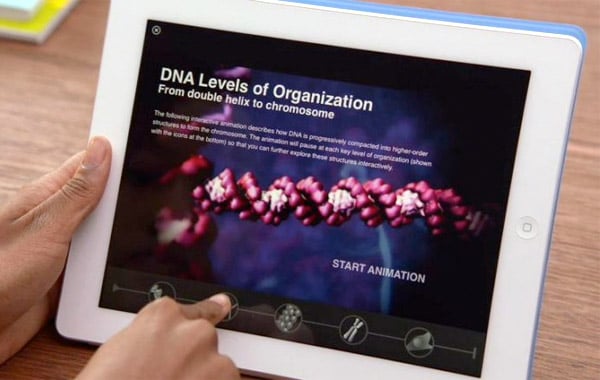 I certainly don’t blame students for jumping on and trying it out. If I could have used digital books rather than carry a bag stuffed with 60 pounds of textbooks in college I certainly would have.

We do have to take that download count with a grain of salt though. Apple has been offering a free download textbook called E.O. Wilson’s Life on Earth, and there is no indication of how many times that free title was downloaded. There is a chance that the free textbook might make up a significant number of those downloads. Still, it shows an interest in the app’s updated interactive and note-taking features.

In the same three-day period, there were 90,000 downloads of the iBooks Author app that lets people make free textbooks themselves, so that’s a good sign for an increased volume of publications hitting the shelves.