Star Wars fans, here’s something you probably never imagined would happen to your beloved X-Wing and TIE Fighters – they’ve been turned into slot cars. The new sets come courtesy of UK outfit Scalextric.

The first set onto the scene is called the tiny 1:64 scale Death Star Attack set, and it comes with both X-Wing and TIE Fighters, pimped out with wheels on the bottom so they can speed around the slot track, which measures in at approximately 149 inches in total length. The ships are both lighted and the track even glows in the dark. I can only imagine that Luke could have skipped using The Force to find his way to the chewy middle of the Death Star had his path been guided by a slot track. 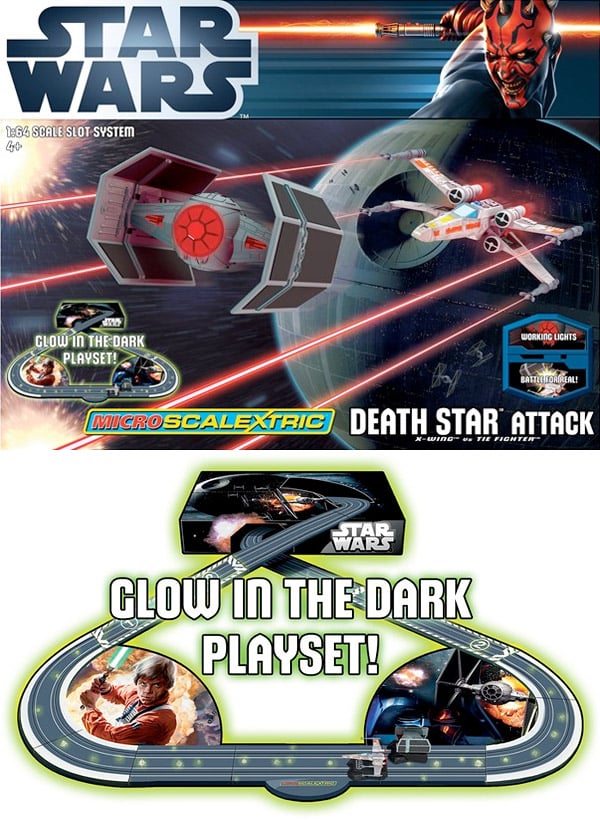 The second set is of the slightly more appropriate Battle of Endor, which comes in a 1:32 scale kit. It comes with a pair of speed bikes – one with Luke Skywalker, the other with a Scout Trooper – zipping along through the forests of Endor (or is that the California redwoods?) Sadly, the kit doesn’t come with any Ewoks you can run over, but there are a few standing by the side of the track trying to knock down some AT-ST walkers. Total track length for the Endor scene about 169 inches, which means that when you take the larger scale into account, you actually more bang for your buck with the Death Star scene. 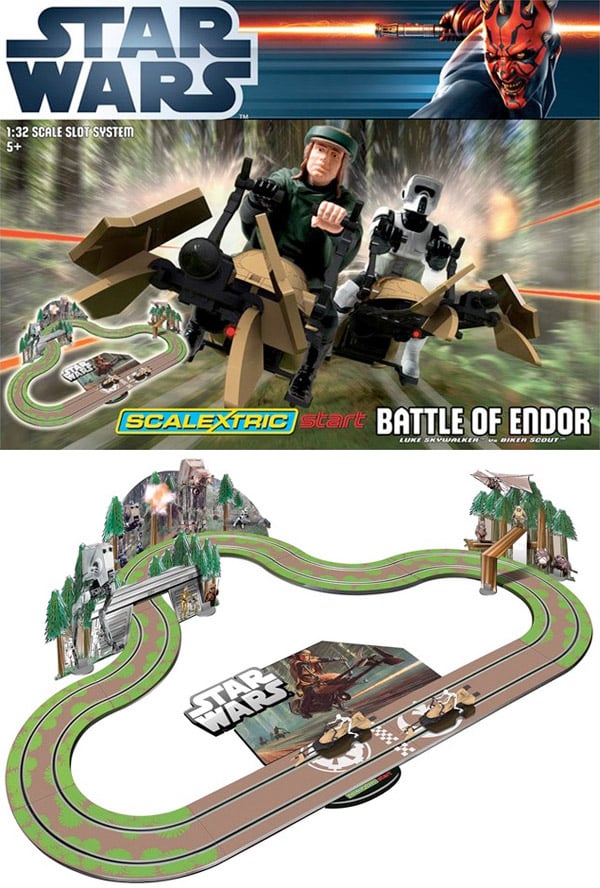 All of the flying craft are held to the track with Scalextric’s “Magnatraction,” tiny neodymium magnets – but I imagine they still have to have wheels to get around. I don’t think they’ve quite worked out the quantum levitation thing on slot car sets yet.

There’s no word on a release date for either set, but Scalextric has them both listed on their website now. The Micro Scalextric Death Star set will retail for £69.99 (~$109 USD), while the larger Battle of Endor set is listed at £99.99 (~$156 USD). Be sure to stop by their site to be notified when they’re in stock.